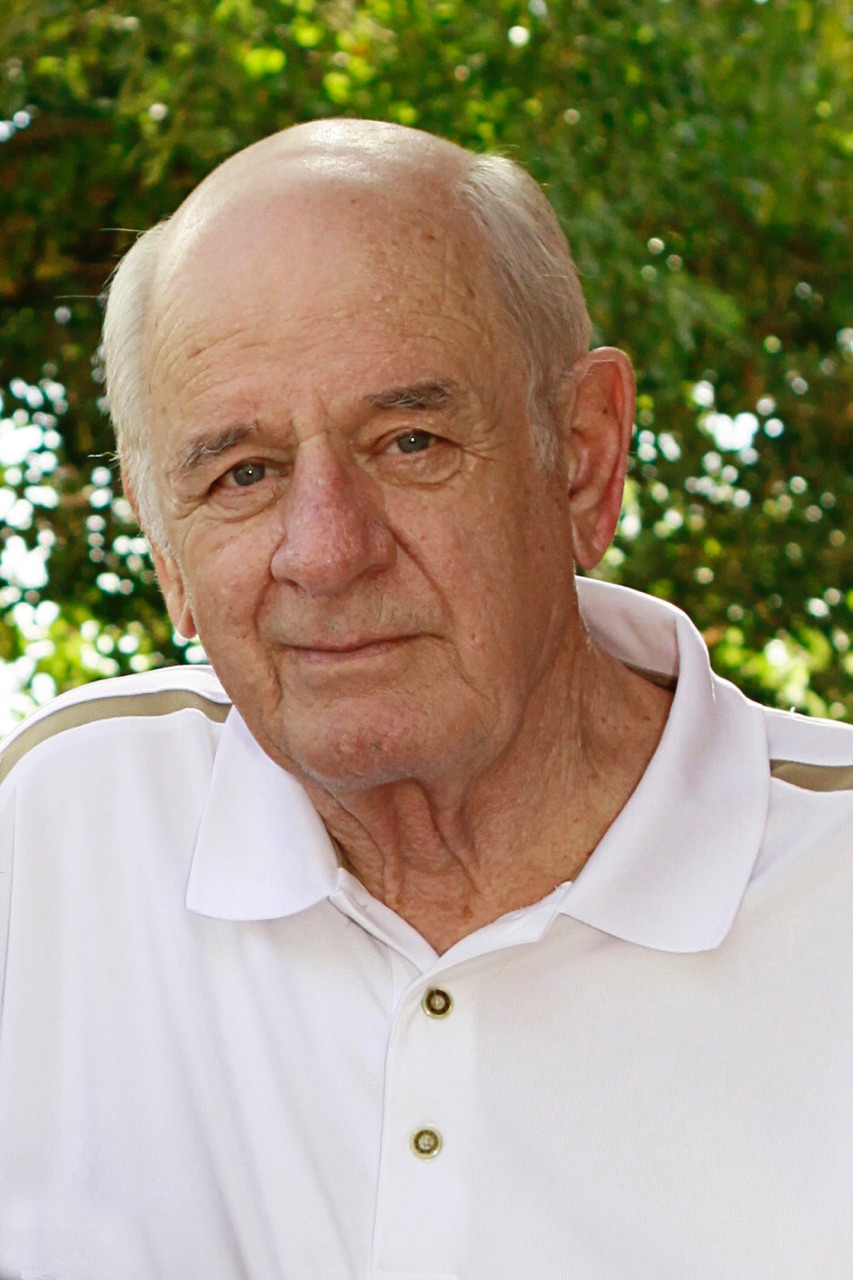 Frederick Vernon Visina was born August 22, 1933 in Duluth MN. He was one of 5 children born to CD “Bud” and Jean Visina. He spent his childhood in Duluth. He graduated from Cathedral High School in 1951. He continued his education at St Thomas College in St Paul MN where he graduated with a degree in Political Science. After serving in the US Army alongside his brother, Bob, he attended William Mitchell Law School.

Fred married Frances Mullin on August 24, 1957 and they started their lives together in the Twin Cities area of MN. Later, they moved to Minot, ND where they raised their six children. After retiring, they moved to Mesa, AZ to spend their golden years together.

He spent his career working in the banking industry, with the majority of his time at First Western Bank in Minot, ND.

Fred was the consummate sportsman. His love of sports had him competing in football, hockey and basketball for Cathedral High School. He went on to play football in college and was invited to a tryout with the Baltimore Colts of the NFL. Professional sports didn’t pay much back then, so he declined the offer.

He continued to enjoy playing sports throughout his life. Bowling, softball, golf, fishing and hunting were his favorites. He also spent many hours as an armchair sports fan. His true love of sports came with watching his children compete. That is where he found his real joy!

Fred was a deeply religious man who found great comfort and peace in his faith. He enjoyed a long and successful life, but was never afraid of death. He looked forward to the day he would finally meet God.

Along with his wife Fran, Fred shared his life with children: Mark, Jeanne, Rick, Ryan, Patty and Julie; Sons-in-law: Randy Jaeger, Jim Hausauer and Ron Kudrna; Daughters-in-law: Karen (Spletstoser), Peggy (Reinarts) and Pam (Aasen). Fred and Fran have 15 grandchildren, 11 great grandchildren with another on the way. He is also survived by his brother Chuck and sister Ramona. Fred was preceded in death by his parents, brother Robert, sister Claudia, his wife of 58 years and his son, Rick.

Funeral services will be Wednesday, November 2nd at 11:00 am at St. Bridget’s Catholic Church, 2213 N. Lindsay Road, Mesa, AZ. There will be a visitation prior to the service at 10:30am. A reception will follow the service at the home of Mark and Karen Visina at 12443 E. Haymore Ct, Chandler AZ. In lieu of flowers, the family is requesting donations be made to “Hospice of the Valley Dobson Home” 1188 N. Dobson Road, Chandler, AZ 85224