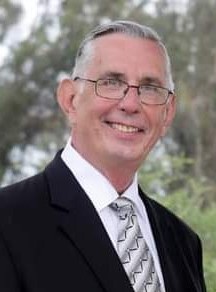 He graduated from Hamburg High School and Simmons School of Embalming and Mortuary Science in Syracuse New York. He served his apprenticeship at Amigone Funeral Homes in Buffalo.

After fulfilling his military obligation to the United States Army, he returned to Amigone and was employed there for ten years.

During that time, he married his high school sweetheart, Judith Koch. They had 2 sons and 1 daughter.

In 1969 the family moved to California where Fred was employed by Riker Labs, a division of 3M. Co. as a pharmaceutical salesman.

In 1971 he returned to funeral service at Melcher’s Mortuary in Mesa, Arizona. He eventually built his own funeral home, Henderson’s Colonial Chapel, now Bunker’s University Chapel.

Fred was employed at various funeral homes during his long career. Including Bunker’s, Mountain View Memorial Gardens, and Queen of Heaven. He retired at age 73.

He was active in the community. He was Past President and Kiwanian of the year of Mesa Kiwanis. In 1982, then Gov. Bruce Babbit appointed Fred to The Board of Funeral Directors for two terms.