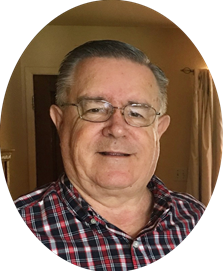 On June 8, 2021, Frederick Alan Willyerd decided to go for an extended visit to his father and first born daughter, Keri Linn Willyerd. He died at his home in Mesa, Arizona with his family and friends around him.

He was born on October 16, 1948 to Frederick Archibald Willyerd and Joyce Lucille Sorensen in Douglas, Arizona. Though his mother had hoped for a little girl, she took her brand new baby boy home in a shoebox.

Growing up in San Mateo, California, Fred graduated from high school in 1967. Then he attended the College of San Mateo for a short period before serving a mission for The Church of Jesus Christ of Latter-Day Saints in the Northern States Mission. He served faithfully for 2 years. After returning home he attended Brigham Young University.

At Brigham Young University he graduated with a Bachelor of Science in Youth Leadership with an emphasis on Scouting. During his college years, he met his sweetheart, Nancy Darlene Smith and married her in the Salt Lake Temple on August 24, 1973.

Together for 47 years, they raised four children: Stephen Pereira, F. Anthony Willyerd, Jonathan Willyerd and Crystal Willyerd Dalene. Fred and Nancy kindly opened their home to other children as well, including their two oldest grandchildren Preston and Greg Pereira. During his lifetime, Fred welcomed 11 grandchildren and 5 great-grandchildren.

To support his family, Fred took his degree from BYU and started a career with the Boy Scouts of America. He loved helping young men at Summer camp, and brought his family along nearly every year. After 11 years in Scouting, Fred and Nancy took their family to Arizona where he changed  his career to Juvenile Probation Officer for Maricopa County. He retired from Juvenile Probation after 26 years.

Fred earned the rank of First Class in the Scouting program; and he encouraged every young man he could, including his own sons, to earn their Eagle Scout.

Throughout his short 72 years on Earth, Fred showed his love for the Gospel of Jesus Christ as he taught his children. During his career, Fred served a mission with the Arizona Mesa Mission. After retirement he served two more missions with the Record Operation Center for FamilySearch. He frequently showed his Christlike love to all he met. As we remember Fred, let us honor him by following his example and loving one another.

To honor his life a viewing will be held at the Bunker Family Funeral and Cremations, University Chapel on Wednesday June 16, from 6-8pm. The funeral will be held at 10am on Thursday June 17, at 2228 East Brown Road in Mesa, Arizona with a short viewing before that at 9am. Those unable to attend the funeral may watch it live through the following link: https://www.youtube.com/watch?v=8iGxwVwzfgI