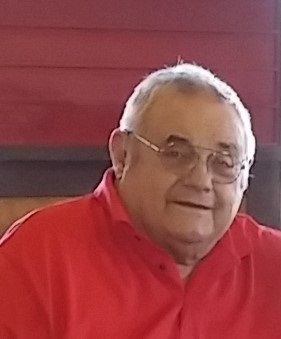 Franklin Agrippa Johnson, 82, went to be with our Lord Tuesday, August 28, 2018 at Banner University Medical Center in Phoenix, AZ.  Memorial services are pending.  Burial will be at the National Memorial Cemetery in Phoenix, AZ.  In lieu of flowers, memorials may be directed to operationsmile.org

Frank was born April 2, 1936 in Bloomfield, IA. The son of Fred F. and Gwendolyn F. (Westbrook) Johnson.  He was a graduate of Bloomfield High school in Bloomfield, Mt Mercy College in Cedar Rapids, IA and the FBI National Academy in Quantico, VA.

He served in the United States Navy, Navy Reserves, Army Reserves and the Army National Guard.

He was united in marriage December 27, 1959 to Sandra Silka.  He joined the Iowa City Police Department in June 1965.  He was Chief of Police in Fairfield and in Keota until he retired from 33 years of dedicated service in 1998.

After he and his wife’s retirement, they moved to Citrus Gardens in Mesa, AZ for 17 years preceding his death.

He is survived by his beloved wife, Sandra.  He is lovingly remembered by his three children; Scott and Janine Johnson of Waverly, IA and their children, Kayla, Ryan, Hannah and Alexis; Suzie and Sheldon Hannah of Independence, MO and their son, Aaron; Sookie and Jeff Meyers of Phoenix, AZ and their children, Tiana and Hali and his sister, Margaret Krauss of Winterset, IA and many nieces and nephews.

He was preceded in death by his parents, Fred and Gwendolyn of Bloomfield, IA

Online condolences may be directed to  www.BunkerFuneral.com