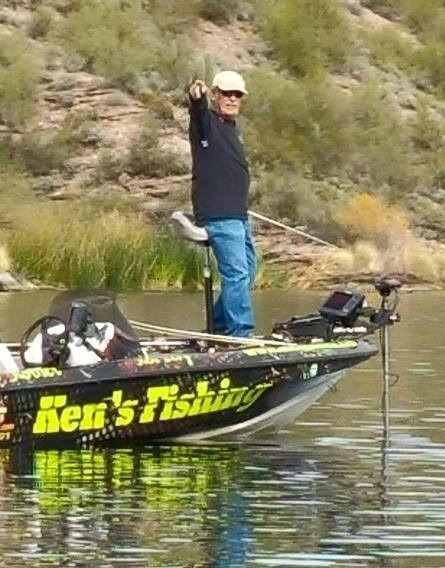 Frank Kenneth Levy, Jr. (Ken Levy) 64 of Queen Creek passed away on Tuesday, March 17th, 2015.  On Monday, March 9th, while at a field trial in Las Cruces, New Mexico he suffered a massive heart attack.   He was flown to Arizona for surgery and treatment where he slept peacefully until he went to be with the Lord.

Little Kenny (as he was known by his family) was born on June 16, 1950 in Brawley, California.   He started hunting and fishing as soon as he could shoot a gun and cast a line….and continued to spend most of his life doing just that.   As soon as he could drive, he would jump in his little green car, which he named Sweet Pea, and head down Highway 101 to Refugio, El Capitan or Gaviota beach, where he would spend the day surfing, mostly during school hours.   He attended Lompoc High School and enlisted in the United States Navy immediately after graduation.

Ken loved being outdoors and was the happiest when he could spend time with his Championship German Shorthair Pointers and his horses; but mostly when he was on the water fishing.   I think that Kenny could catch a fish anywhere, under any conditions.  He gained a great number of friends over the past several decades sharing his love of fishing and his dogs.  He was greatly loved by the anglers, hunters and dog lovers in the Southwest, especially here in Arizona, which he called home.

Kenny will be greatly missed by so very many….

He will be laid to rest at the VA National Memorial Cemetery of Arizona, 23029 North Cave Creek Road, Phoenix, AZ  85024. Committal Services will begin at 11:00A.M.