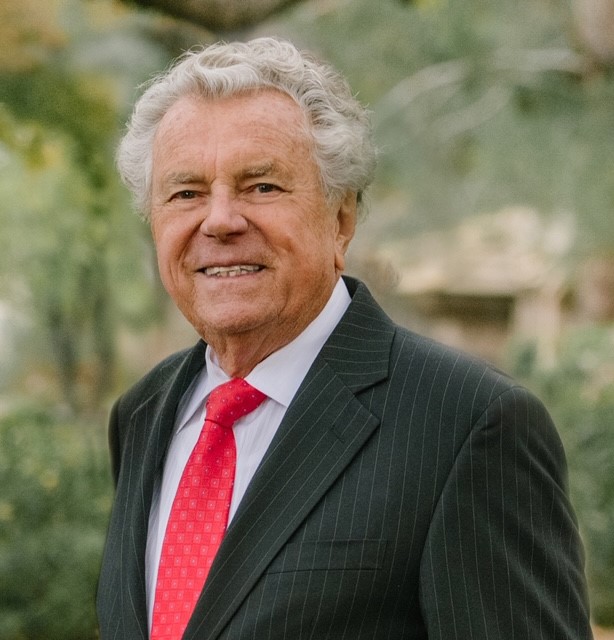 Frank E. Davis was a young 85 year old, full of hope and resilience, passed away June 17, 2020 surrounded by family.  It was a tender goodbye for his wife Susan and the many children, grandchildren and great grand-children and many friends who loved him.

Frank was born, Frank E. Frazer August 10, 1934 in Los Angeles, California.  He was the only child of Ora Benson and Emory Frazer.  Frank was proud of his ancestry and Scottish heritage.  At five years old his father died.  He inherited his father’s inquisitive mind with an aptitude for mechanical engineering.  Frank grew up during WWII in Los Angeles and his mother worked in an aviation plant.  His summers were spent in Parowan with his Benson grandparents working on the family farm.  His mother remarried and Frank was adopted by Gerald T. Davis.

Frank graduated from Torrance High School where he played football and basketball. His work ethic, quiet, unassuming manner, and zest for life afforded him an impressive job opportunity.  At age 18 he was hired by NCR Corporation as their youngest computer specialist.  Franks affinity for problem solving and leadership provided him a successful 40 year career.

He married Mitzi B. Trimiew and received a draft notice as a wedding present. He was inducted April 1957, and was sent to Fort Lewis Washington.  Frank received top marksmen and finished basic training first in his unit.  His unit consisting of 389 men went to Korea.  He was pulled to serve in the Adjutants General Corp as part of a top secret military operation reporting to the Pentagon.

It was here he joined the Church of Jesus Christ of Latter-Day Saints.  Serving in numerous positions loving the people he served.  Scouting and mentoring young men became a life long passion.  Frank loved to hunt, fish, ride motorcycles, read, study history, camp and spend time with the grandchildren.

Frank and Mitzi raised their family of five in Orange County, California.  Later moving to Southern Utah, and settling in Parowan. Frank was a loving father and husband who devotedly cared for Mitzi until her death.

Frank’s positive spirit was the gift he freely gave.  In the summer of 2005, lives changed forever.  He met and later married Susan W. Brown. Together they planted seeds that grew into a wonderful life. The family continues to multiply.

Funeral Services
July 10, 2020 @ 10:00 am
The Church of Jesus Christ of Latter-Day Saints
1005 N Voyager, Gilbert, AZ
Due to Covid-19, the funeral service will be restricted to family and invited guest.