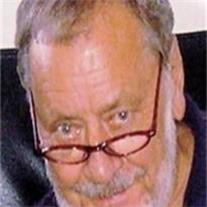 Allen, Forest Ray, 82, went to be with the Lord on June 17, 2011. Forest was born to Etta Pearl and Fred Allen in Kirksville, Illinois on December 24, 1928. He was preceded in death by his brother Dale Allen. He is survived by his beloved wife Bonnie, his son Forest Kevin, daughter Pamela Rae, grandsons Joel, and Forest Daniel, granddaughters Jenny, Jody and Jamie, and six great-grandchildren. He met Bonnie Herman, his wife to be, on the Herman turkey farm in Ewing, Missouri and followed her family to Phoenix where he and Bonnie were married in 1950 in Central Heights Baptist Church. Soon after their marriage, Ray was called to serve in the US Air Force and was stationed in California, Alabama, Oklahoma, and Korea. Upon his return he enrolled in Phoenix College and later Arizona State University where he graduated with honors and a Master’s Degree in Electrical Engineering. Ray, as his family called him, excelled in all his endeavors. His life’s work included senior engineering positions with General Electric, Honeywell and Allied Signal. He rose to the highest level in his Masonic Lodge. He ran in 36 marathons including the Boston Marathon. He was a member of the Gideons. He taught college mathematics. He became an ordained Baptist Deacon in 1953 and, along with Bonnie, helped establish College View and Maryvale Terrace Baptist Churches in Phoenix. The couple have been members of North Phoenix Baptist Church since 1963 and have made the church and the Lord’s work the cornerstone of their married lives. Funeral services will be held at North Phoenix Baptist Church, Central and Bethany, at 11 AM, preceded by a visitation at 10 AM, Monday, June 27, 2011. Arrangements by Bunker’s Garden Chapel.