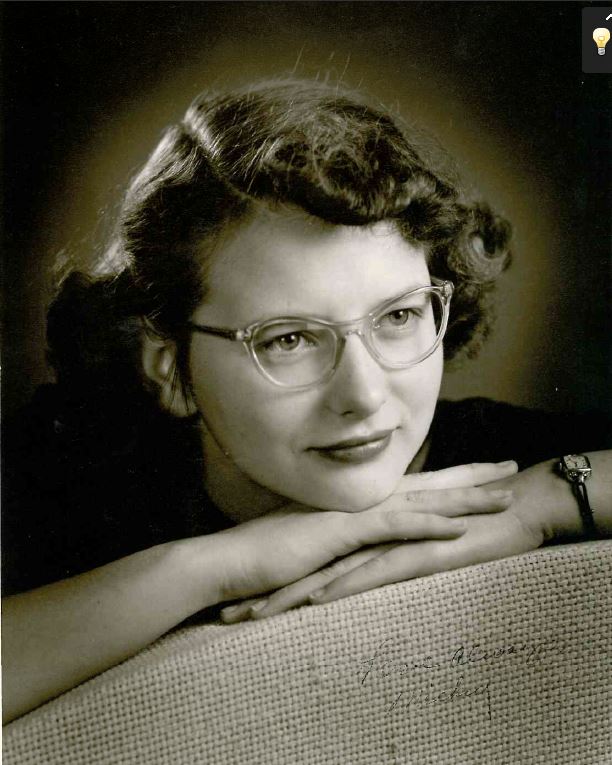 Mickey was born October 30, 1933 in Jackson, Mississippi, the youngest daughter of John & Sue Kelso McNeil. Mickey graduated Salutatorian from Sidney Lanier High School in 1951 in Montgomery, Alabama. She then moved to Washington, D.C. where she worked as a secretary at the Pentagon for the Navy.

She moved to Mesa in 1953 and began working as a secretary at the University of Arizona experimental farm on West Main Street in Mesa. She met Joseph O’Barr at an LDS dance at the Mezona. They were married in the Mesa LDS Temple in November 1954, and had seven children. While raising their children, Mickey & Joe established a successful electrical contracting company, O’Barr Electric, with Mickey managing the office and keeping the books.

Mickey had a beautiful singing voice and shared her talent often. In the early 1980s, she, along with Joe and their daughter Becky were some of the first members of the Arizona Mormon Choir. Also in the early 1980s, Mickey attended Mesa Community College with 2 of her daughters, Becky and Martha. Performing in opera productions at the school with Becky. She obtained an AA from MCC, graduating Valedictorian.

In 1989-90 Mickey & Joe served a mission for the LDS Church to Davenport, Iowa where they made many lifelong friends. Upon returning from their mission, Mickey worked as a compliance officer for the Arizona Department of Revenue, retiring in the mid-2000s. Mickey served faithfully in many Church callings, supported her husband and children in all their activities and opened her door to others.