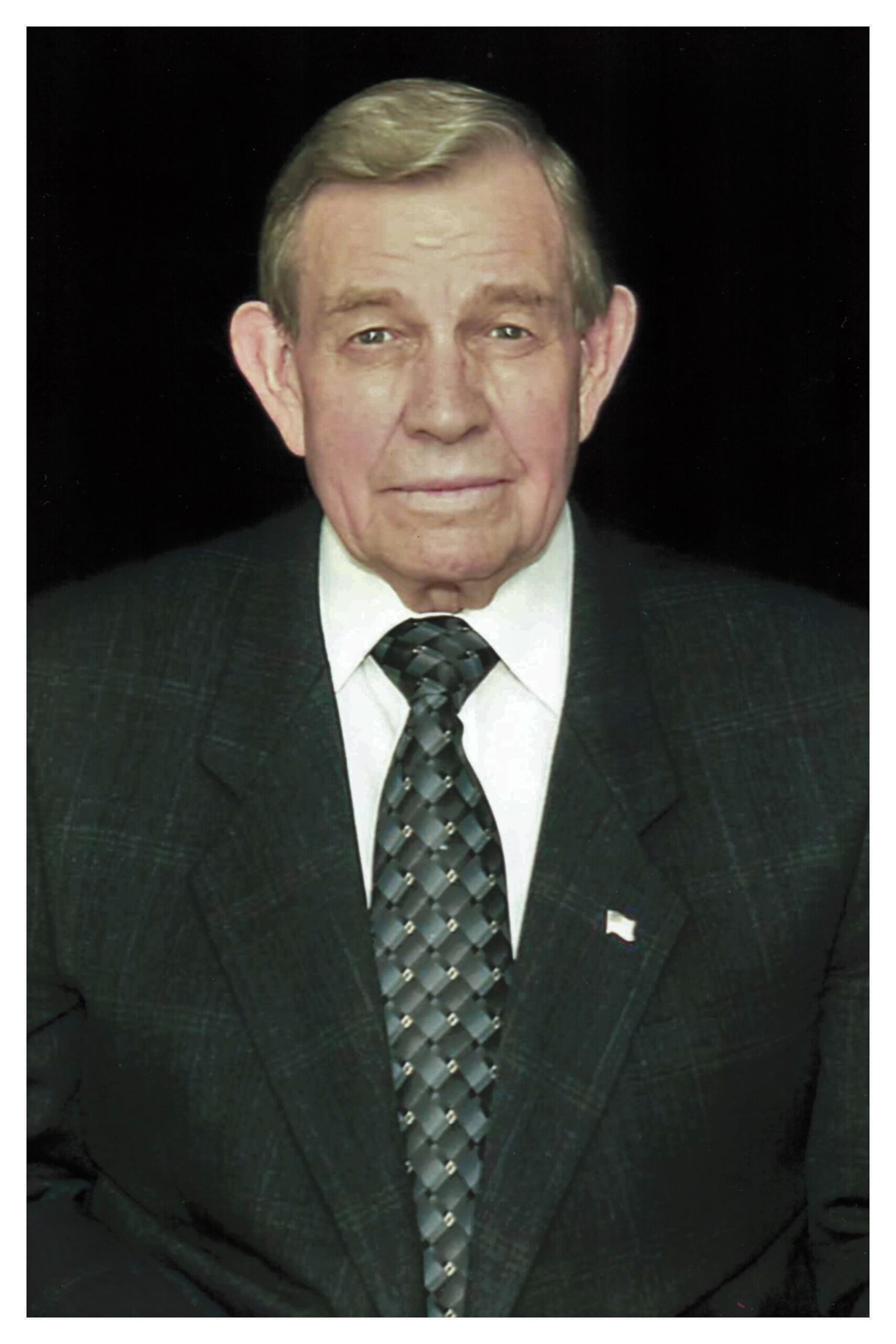 After 95 years of adventures, Farrell Walter Lewis reached the end of this life’s journey on August 8, 2020.  He left behind sorrowing loved ones who rejoice that he has been “taken home to that God who gave him life” (Alma 40:11) and that he was welcomed by previously departed loved ones.  Farrell was always upbeat, optimistic, and ready with a joke or quip.  He was remarkably healthy and energetic until the last few months of his life, when his health deteriorated quickly.  Before that decline, if you didn’t know better you might have thought he was twenty years younger than he really was.

Farrell was born February 9, 1925 in Winslow, Arizona, the first child and only boy of six children born to Walter Larcom Lewis and Nettie Ann Hatch.  Farrell’s childhood and school years were spent in Winslow, Taylor, Snowflake, and Holbrook, and he graduated from Holbrook High School in May 1943.  Farrell’s sister, Doreen, just one year behind him in school, was friends with Irene Whiting, and soon enough Farrell and Irene were high school sweethearts.

Farrell entered the Army shortly after high school graduation, and after basic training and engineering school he was assigned to the 281st Engineer Combat Battalion.  He was ordained an elder before leaving for the Army, and holding the priesthood of God was a sustaining influence to him.  He served in the European theater in the 3rd Army under General George Patton and took part in the Battle of the Bulge.  Many lives were saved through the dangerous work of detecting and disarming landmines, and his service earned him three battle stars.  At one point when returning home alive seemed unlikely, he had a vision of several little girls that he understood to be his daughters, and this vision was a ray of light and hope in dark times.  Farrell loved this great nation and the goodness and liberty that it stands for.

In March 1946 Farrell returned home to Taylor, and a few weeks later, Irene returned from BYU to Holbrook.  On June 24, 1946, Farrell and Irene were married in the Salt Lake temple.  These were wonderful and challenging times.  Hodgkin’s disease had befallen Irene’s mother, Armina, and she was in Los Angeles receiving treatment.  But she encouraged Farrell and Irene to not wait to marry, asking only that they visit her afterwards so she could see Irene in her wedding dress.  Armina passed away just a few weeks after Farrell and Irene were married.

Farrell and Irene brought six children into their family, five girls followed at last by one little boy.  They spent nearly twenty years in Arizona, including Holbrook, Wickenburg, Snowflake, and Phoenix.  Farrell worked in various endeavors, including banking, service stations, flight instruction, and charter flights and air evacuation.  At nearly age 40, Farrell decided to go to college, starting at BYU as a freshman.  He graduated in 1966 magna cum laude with a bachelor’s degree, followed by a master’s degree, a Ph.D, and finally post-doctoral work in Pennsylvania.  Farrell then joined the BYU faculty and became administrative director of a mental health center.  Despite a late start, he had a long and successful career in mental health.

In about 2003 following Farrell’s retirement, the Lewis’s moved to Mesa, Arizona, enabling them to be closer to their five daughters.  In these retirement years, Irene still referred to Farrell as her boyfriend.  Her health began to decline, and on June 24, 2006, 60 years to the day after their wedding, she passed away rather suddenly with several family members nearby.  In the years following Irene’s death, Farrell missed Irene terribly, but he treasured time with family and friends, including cruises, Lewis Lunch Bunch (aka LLB), and other gatherings in the park.

Throughout all his years, Farrell served faithfully in various Church callings, including twice as a bishop.  His faith and trust in Jesus Christ and His restored gospel never faltered, and he leaves behind a powerful legacy of devotion to God, family, and country.

Due to the pandemic the family will hold a private funeral service with immediate family members only.  The funeral will be available to watch live on Saturday, August 15, at 9:00 am (Arizona time) through YouTube Live at this web address:

The recording of the service will remain available afterwards through the same web address.  Since we can’t see many of you, we would welcome condolences, which can be posted below.  In lieu of flowers, consider making a donation to the charity of your choice in Farrell’s honor.