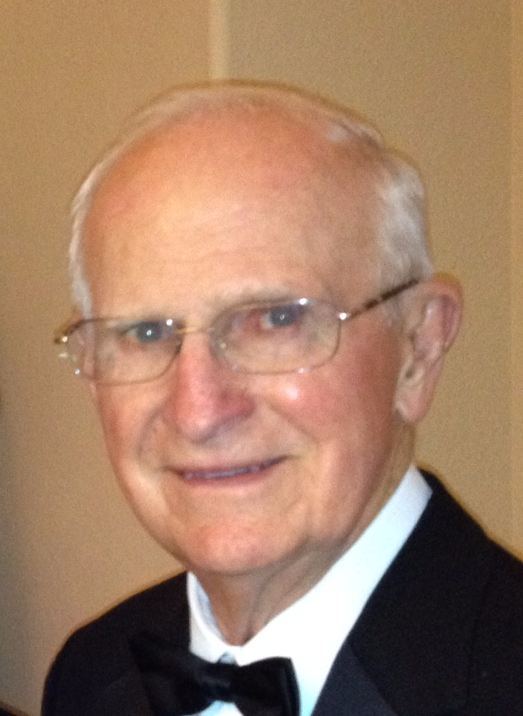 Paul Bunker, born 10/26/1930, passed away peacefully at home on Sat., 10/29/2016. Born in SoCal, Paul later attended the U of A, receiving a bachelor’s degree and an MBA. After serving as a Tank Battalion Commander in the U.S. Army, Paul spent 25 years in the banking industry and later became President & CEO of Mesa Pacific Financial. Paul embraced his wife’s love for music and participated in many church choirs. He also served in many positions for his church, most notably as a Bishop and served two missions with his wife, in Tulsa, OK and Nauvoo, IL. Our sweet “Grampy” was a perfect example of kindness and patience and always had such a gentle disposition. He is survived by his lovely wife of 61 years: Karen Sue Bunker; 4 children: Brent Bunker (Margie), Carolyn Clifford (Jeff), Matt Bunker (Deborah) and Mike Bunker (accepting applications); 15 grandchildren and 7 great-grandchildren. The viewing will be held Fri., Nov. 4th at 6pm at the Bunker’s Garden Chapel, 33 N. Centennial Way, Mesa, AZ 85201. A celebration of his life will be held on Sat., Nov. 5th at 10 a.m. at the LDS Chapel, 1911 N. 24th St., Mesa, AZ 85213, preceded by a viewing at 9am.