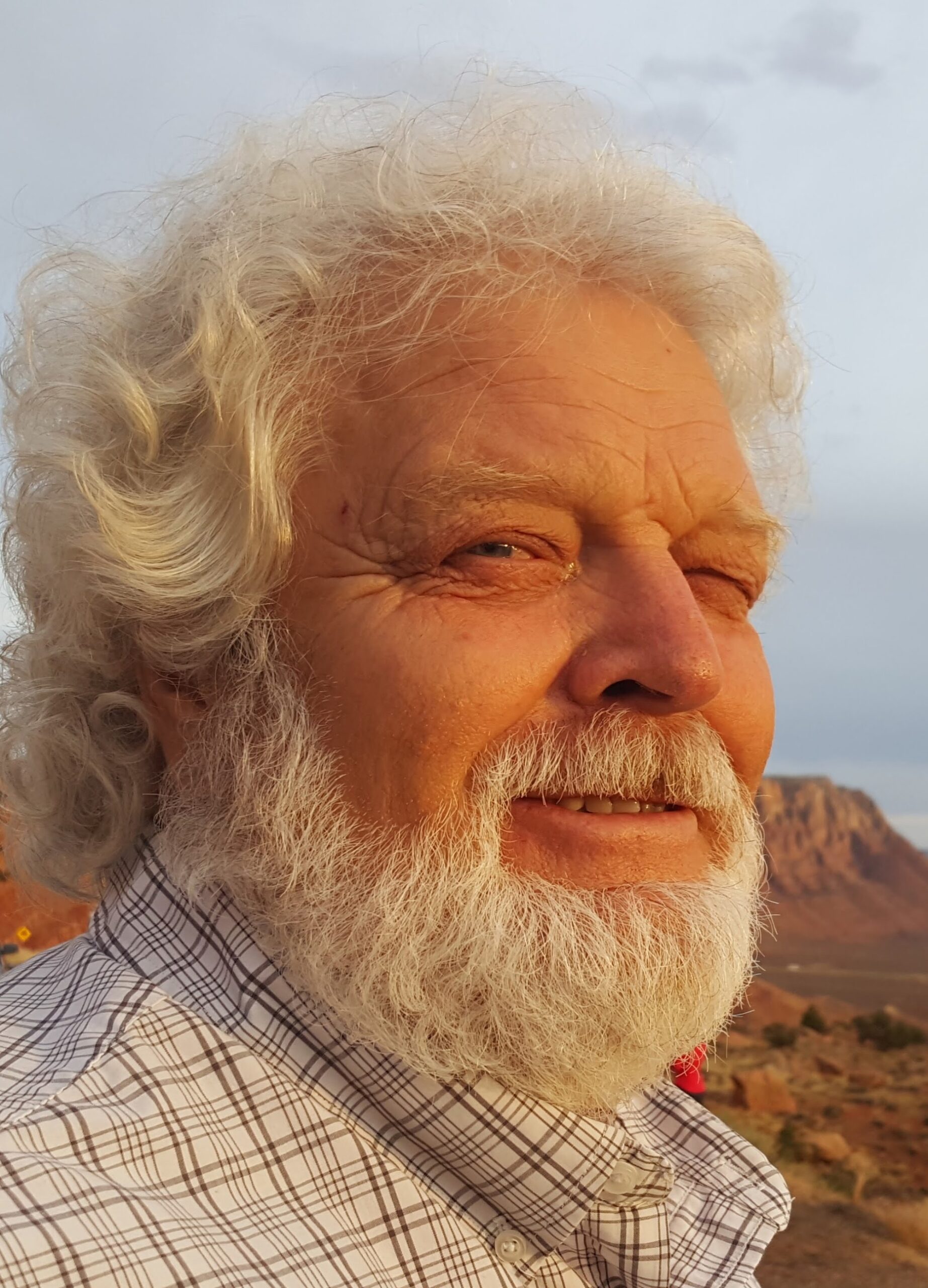 Chris Lundahl was born in Logan, Utah, on February 28,1951 to Cordell and Shirleen Lundahl.

Chris attended Cache Valley schools and graduated from Sky View High School in Smithfield, Utah. He served a mission for the Church of Jesus Christ of Latter-Day Saints in the Colorado / New Mexico area. In 1972 he moved back to Utah and married his former spouse, Marie Barrus. They had two children, Tyler and Jessica, whom they are incredibly proud of, and love very much.

Chris chose construction as a trade and specialized in concrete, metal (and later roofing) work. He and his brother Jeff spent many years building together, but the cold Utah winters caused him to rethink his plans, and in 1990 he decided to move to Phoenix to soak up the warm Arizona sunshine. Chris was considered a pillar of the community, and his company, Arizona Roofing Systems, has served the people of the greater Phoenix area for over 30 years. During the last few years, he was semi-retired, so he handed the company’s reins over to his stepson, Joshua, so he could spend more quality time with Ali, his children, and his grandchildren.

In 2005 Chris fell in love with a beautiful southern belle from Georgia named Alice Sue, “Ali”. They met online, and Chris was smitten from the moment he saw her face and heard her sweet southern accent. She was the love of his life, and he let everyone know it. Ali fell head over heels in love with her handsome cowboy and headed west to be with Chris. They were married on July 15, 2005, and they blended together a beautiful family of seven children and thirty grandchildren! All five of Ali’s children relocated to Arizona to live closer to Chris and Ali. They have enjoyed many years of huge family gatherings with dozens of grandchildren running around. Anyone who knew Chris knew that he was the most loving son, brother, husband, father and grandfather a family could ever ask for. Ali was the love of his life, his queen, his best friend, his everything! His children and grandchildren were the jewels in his crown and more precious to him than anything else in the world. In 2021 Chris and Ali were sealed together for time and all eternity in the Gilbert, Arizona, Temple.

Chris loved the outdoors and all things survival related. His “secret/not-so-secret” passion was prepping for the apocalypse. He also enjoyed hunting, fishing, riding horses, boating, water skiing, camping, and riding his motorcycle (his grandchildren will always remember waiting in line at family events to take their turn riding on the back of the motorcycle with Grandpa). Chris had many hobbies, but his most favorite was playing Santa Claus during the holidays. He would start growing his beard in the fall in preparation for the upcoming holiday season, and Ali would start filling the calendar with dates at the local VA hospitals, churches, nursing homes and schools. Chris and Ali were local celebrities as they served their community by volunteering to play Santa and Mrs. Claus for hundreds of children each holiday season. They would never turn down an invitation (even if it meant they had to spend all day volunteering at multiple events). Often times while out in public, children would come up to Chris and ask him if he was the real Santa. He would always let them tug on his beard, and most children truly believed he was Mr. Claus himself! There is a rumor among Santa’s elves that Chris’s son, Tyler, will be inheriting his precious Santa suit, and keeping this special family tradition alive! We know that Chris will be smiling from on high as he watches Tyler fill the boots of his father and grandfather before him.

Chris loved to serve others and had several church callings throughout the years. His most favorite calling was being a primary teacher. He loved teaching the children and was able to connect with them on their level because he was a big kid at heart!

Chris was a stranger to no one, and found great purpose in sharing in the successes, joys, and challenges of everyone around him. He was authentically and wholeheartedly always there for his family and friends. Throughout the years Chris and Ali have opened their home to anyone in need without hesitation, and those who had the pleasure of living at the “Lundahl Lodge” were always better people when they left!

Chris lived an exemplary life and he was admired and loved by everyone that knew him. We are certain his influence will continue for generations. He had a unique way of making everyone around him feel like they were his BEST friend – and they were! He will always be known for his friendliness, his kind heart, his infectious laugh, his huge smile, his generous soul, his cheery attitude, and most of all his unconditional love! He never hesitated to let everyone around him know that he loved them! He always said goodbye to his loved ones with a giant Santa hug, a warm smile, and a “love ya kiddo!” He will be greatly missed by all who have had the honor and privilege of knowing and loving him.

Chris is preceded in death by his mother, Shirleen; father, Cordell; sister, Leanna; and grandson, Braden.

We would like to thank everyone for the outpouring of love and kindness you have shown our family during this time. We have felt your love for Chris, and appreciate all the prayers, love, and support more than you know. Thank you!