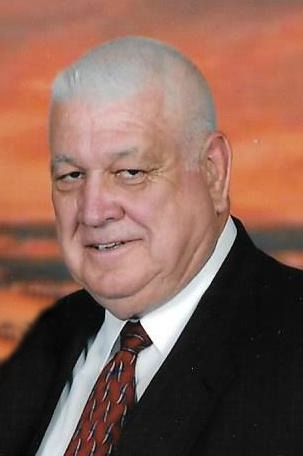 Eugene Richard Brauer was born May 24, 1936 in Colorado Springs, Colorado to J. Fred Brauer Sr. and Edna Snelling Brauer. Eugene passed away on December 26, 2014 at the age of 78 in Phoenix, Arizona. Eugene was married to Martha Ann Wasson on April 14, 1956. Martha preceded Eugene in death on August 10, 2006. He was also preceded in death by his brother John F. Brauer Jr. and sister Katherine Purdue of Colorado Springs. Martha and Eugene celebrated their 50th wedding anniversary by taking a cruise to Panama in April 2006. Eugene is survived by a daughter Marla Briggs (Spence), and a son Benjamin (Heidi), and 9 grandchildren and 4 great-grandchildren. Eugene has been an active member of The Church of Jesus Christ of Latter-day Saints since January 1962, serving in many church positions including Scout Master, Elders Quorum President, Bishop Counselor, Bishop (twice), a counselor in the Stake Presidency, High Priest Quorum Leader, Stake Young Men’s Leader, Ward and Stake Employment Specialist, and as an Ordinance Worker at the Mesa Temple, a position he loved dearly. Eugene graduated from the University of Colorado, in 1959, with a B.S. Degree in Engineering. Eugene began his engineering career in California working for the Los Angeles County Flood Control District. Eugene later went to work as a Consulting Engineer in Colorado, Wyoming, Utah and Arizona with one firm for over forty-two years. The name of the same company changed over the years from Nelson, Haley, Patterson and Quick (NHPQ) to ARIX and finally Versar. Eugene was a devoted husband to Martha, father, grandfather, and friend and will be greatly missed. Eugene also spent many years of his life in Arizona, designing municipal swimming pools. Eugene designed just about every municipal swimming pool in the Phoenix Valley. Funeral services will be held at 11 AM on Wednesday, Dec. 31, 2014 at the Miller Ward building, 933 E. Brown Road, Mesa, AZ. Viewing will be held an hour prior to funeral services at 10 AM. Graveside services will be 12:30 PM on Friday, Jan. 2, 2015 in Colorado Springs @ Colorado Evergreen Cemetery, 1005 S. Hancock. Family suggests donations to the Hospice of the Valley, 1510 E. Flower Street, Phoenix, AZ  85014