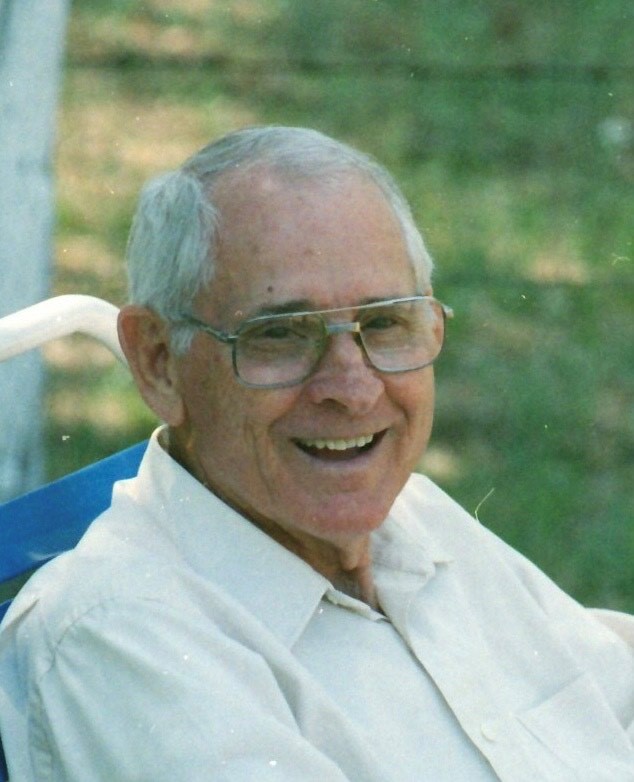 Gene was born on January 8, 1927, in Lehi, Arizona, to Florabel Tiffany and Alma Reeves Taylor. Alma passed away in a car accident when Gene was 16, leaving Florabel a widow with nine children. Gene worked hard to help support his family, but still found time to enjoy sports, participate in FFA, and earn his Eagle Scout and Bronze Palm awards.

In 1945, two weeks after graduating from Mesa High School, Gene joined the Army. He went to Japan as part of the occupational forces after World War II. He was so proud to serve his country.

Soon after he got back from Japan, he met Marvell Webb at an institute activity when he knocked her over playing “Upset the Fruit Basket.” They married on December 22, 1948, in the Mesa Arizona Temple, and were blessed with eight children. Gene was an attentive father and was interested in his children’s lives. He wanted them to be safe, successful, and happy. He loved his children and was proud of them.

His business career began in 1949 with one panel truck. He rigged a cooling system in it and began selling lunch meats around the valley. He worked hard and grew the business (later named Taylor Brothers). When he sold it in 1985 it had 85 employees and was a member of the Arizona 100. Gene felt that his success was a blessing from God. He always said, “When you work hard, the Lord blesses you.”

In 1971, Gene purchased 60 acres of forest land in Pinedale. It was his dream to have a ranch where his family could gather. He loved the ranch—the setting, the trees, the pretty green grass, the pastures for raising cattle.

Gene never forgot the kindness of others to his family when he was young. He looked for opportunities to help families in need in his ward and stake. He also donated to organizations and causes that were meaningful to him. In 2001, he led his family in a special donation to the Snowflake Arizona Temple, which was being constructed near Taylor Ranch. The whole family pitched in for the beautiful stained-glass windows in the foyer of the temple.

After retiring from business, Gene and Marvell dedicated themselves to Church service. They served as missionaries at the Los Angeles Temple Visitors’ Center, on Temple Square in Salt Lake City and at the LDS Business College. They also served at the LDS Employment Center and as Mesa Arizona Temple workers.

He wanted his family to know he had a testimony of Jesus Christ, of The Church of Jesus Christ of Latter-day Saints, of the Book of Mormon, of Joseph Smith, and of modern prophets. He also wanted them to know he loved their mother, grandmother, and great-grandmother. He lovingly cared for Marvell for 10 years as she went through Alzheimer’s disease and was by her side when she passed away on September 28, 2014. Gene peacefully followed her in death seven years later, surrounded by his eight children.

Visitation will be on Friday, March 19th from 6:00 to 8:00 pm at Bunker Family Funeral Home at 33 North Centennial Way, Mesa, Arizona.

The Funeral service can be viewed for those who are unable to attend.

Links for the Funeral Service: