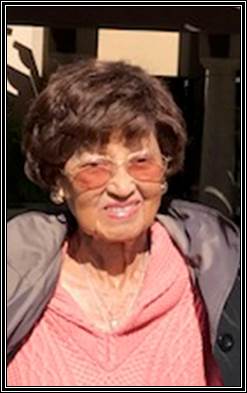 Toby’s religious foundation was confirmed at Bethel A.M.E. Church, Princeton, IN.  There she was baptized, committed to Christ and attended Bethel faithfully until 1938.

She graduated from Lincoln High School, Princeton, IN, in 1938.

She was married to William Sims Jr. in 1939 after which they moved to Muncie, Indiana. During her marriage to William, she attended and belonged to two local congregations.

In 1949, Toby and sons reunited with Bethel A.M.E. Church Muncie, where she remained a loyal and faithful member until her passing. Over the years she served as a steward, finance committee member, class leader, welcoming committee member, and a dedicated usher.

On June 19, 1949 Etolia married Eddie Morrow at Bethel A. M. E. Church, Richmond.  They had a wonderful life together for 47 years.

After working and being a homemaker, Toby realized her lifelong dream since 1938 and enrolled in Ball Memorial Hospital’s School of Practical Nursing.  She served as a LPN at Ball Hospital for 23 years.  She truly loved her patients and many referred to her as our ‘Florence Nightingale’.  She retired from BMH on June 6, 1984.  However; retired from life she wasn’t.  Her retirement years have been filled with much fun and responsibility.  She was a loving mother, grandmother, sister, aunt, cousin and friend to countless people.  She has resided in Arizona for nearly five years living at Tuscany at McCormick Ranch where friends readily acknowledged the love and respect they had for her, and most recently at The Summit.

She was preceded in death by her husband, Eddie Morrow; a son, Karl D. Sims; one granddaughter, Karla Sims Jelks; two step-sons, James and Eddie Morrow; two brothers and their spouses, Ermal and Miriam Roundtree and Delmar and Verniece Roundtree; and a niece, Zenobia Faulkner.