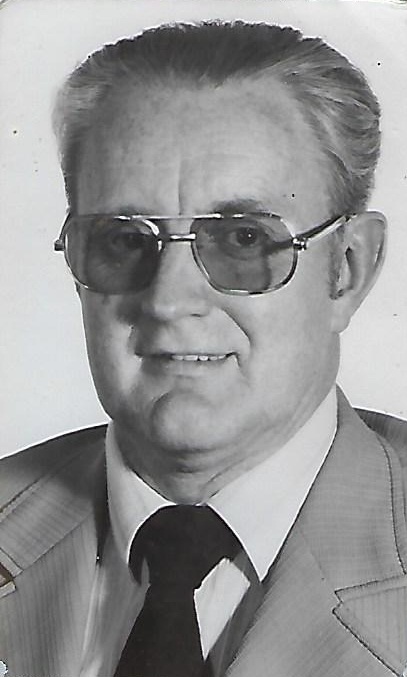 Erwin A. Standing, known as “Stan” or “Bud” to his friends and family, was born May 28, 1925, in Salt Lake City, Utah. The son of Ruth Braby Standing and Erwin Hyrum Standing, and the younger brother of Beverly Standing Limburg, all of whom predeceased him, he grew up in Salt Lake City, graduated from the University of Utah after serving a mission in Australia, and lived for many years in Bellevue, Washington, then Mesa, Arizona, where he passed away on December 25, 2016, at the age of 91.

He is survived by his loving wife of nearly forty years, Judith (Judy) Standing, and her children, his beloved step-children, Molly Fisher and Todd Bishop, as well as by his devoted children from his first marriage to Beverly Farnes Standing (who died in 1975 after a long struggle with cancer), Sue Standing, Jane Standing O’Harra, Dean Standing, Scott Standing and Karl Standing, thirteen grandchildren, eight great-grandchildren, a niece and three nephews.

Stan worked for many years as an independent real-estate appraiser in the Phoenix area. Prior to that, among other jobs, he worked as a salesman for Hastings Manufacturing Company and Prudential Insurance, a personnel manager for Boeing, and a bank manager at Great Western Savings and Loan. Stan was an avid reader and a passionate temple worker. He was also known for his quirky sense of humor.

Services for Erwin A. Standing will be held on Friday, December 30th at the Church of Jesus Christ of Latter Day Saints chapel located at 2228 E. Brown Road, Mesa, AZ 85213. There will be a viewing at 10:00 a.m., followed by a funeral service at 11:00 a.m. All are welcome and invited to attend. He will be laid to rest at the City of Mesa Cemetery.