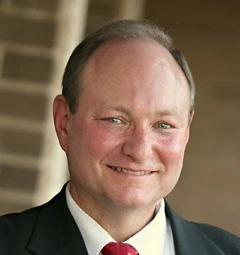 E. (Errol) Blaine Vance, age 67, beloved husband, father and grandfather, returned home to his Father in Heaven on February 18, 2022. A long-time resident of Mesa, he and his wife had recently moved to Taylor, Arizona.

Blaine was born May 7, 1954 in Mesa, Arizona to Claudia Lee (Blackmer Freeman) and Earl Reeseman Vance. His father passed away a short five years later, which had a great effect on Blaine’s life.  He became his mother’s main support even from that young age and did everything he could to help her physically, emotionally and financially. He graduated from Tempe Union High School, attended Brigham Young University for a few years, and then went on to become a Certified Financial Planner (CFP), a profession he held with honor and trust throughout the rest of his career. He started his own company, Foresight Financial, based in Mesa. He also taught at the University of Phoenix, writing some of the curriculum for Financial Planning classes at that time. From 2003 – 2006, Blaine served as Deputy Treasurer of the State of Arizona with honor and distinction.

When he was diagnosed with Parkinson’s Disease in 2001, Blaine faced it with his usual quiet bravery and determination. In 2016, he started a non-profit therapy gym, Rock Steady Boxing Mesa, with his son, Landon, and his wife, Karen, to help himself and others deal with the terrible effects of the disease. He was a great example of courage and dedication, building a family atmosphere in the Rock Steady gym.

Blaine was an active member of the Church of Jesus Christ of Latter-day Saints his entire life, and served in many callings, but his favorite was a short time as nursery leader. He was often called as a Stake or Ward financial clerk and generously gave his time in those callings. He loved being with people and people loved being with him.  To many, he was best known for his beautiful tenor voice, and he sang semi-professionally from the young age of 11 when he performed solos on the record, “Lift Up Your Voice and Sing,” by the Tempe Primary Children’s choir; performed in community theatre in such productions as “Man of La Mancha” and “Show Boat,” and graciously sang for many funerals and programs, including the early years of the Mesa Temple Easter Pageant, then known as the Easter Sunrise Service.

His generosity, love and kindness were an integral part of who he was, and Blaine will be greatly missed by all who knew him.  We are sure he was welcomed Home by his parents, Earl and Claudia, as well as an older brother, Richard Earl Vance, and other loved ones who pre-deceased him.  He is survived by his (second) wife, Karen Kay Speakman-Vance; his daughter, Alycia Nicole Vance Wiliams (Garrett), and his son, Landon Kass Vance (Shawna); as well as his step-children, Ben Speakman (), Ryan Speakman, Emily Speakman, Matt Speakman, and Shawna Speakman Vance.  He also leaves behind his younger siblings, Claudia Leeann Vance Hansen (Thomas) and David Allen Vance (Kim). He was very proud of his 19 grandchildren.

In lieu of flowers, friends may choose to donate to Rock Steady Boxing Mesa NFP, a Parkinson’s therapy center, 501[c]3, at RockSteadyMesa.com.

For those of you who are unable to attend the service, please join us by using the zoom link below: