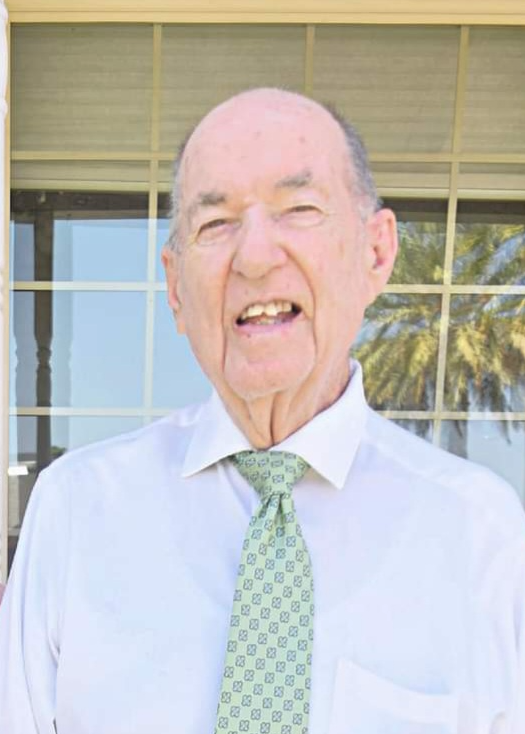 Our beloved husband, father, and grandfather (Poppie), Ernest Robison Halliday, graduated from this mortal life on August 30, 2022. His full life began on May 21, 1932 in Pleasant Grove, Utah, as the youngest of 5 children born to Jennie Fage Halliday and Errol McKay Halliday who both passed when Ernest was a young boy. He was raised by the Bayless family. He has always loved Pleasant Grove, where he lived until he was 10 years old. His family then moved to Mesa, AZ where he spent the rest of his life, with the exception of a two year church mission to New England and college at BYU in Provo, UT.

He met his eternal love, Nellie Grace Sessions while attending BYU, and they were sealed in the Salt Lake Temple on June 4, 1957. They nurtured and raised a beautiful and loving family together.

Ernest worked as an insurance auditor and had a paper route as well throughout his career and later worked with his wife for Avon. He loved people and everyone he met loved him. He was a devoted member of The Church of Jesus Christ of Latter-day Saints and had a deep testimony and love of the Book of Mormon and of Jesus Christ. He will be remembered for his cheery demeanor, his hilarious sarcasm, his generosity, his willingness to serve everyone around him.  He will be fondly remembered for his love of Christmas and all holidays.  He inspired the tradition of waking up at 4am to open presents on Christmas morning. He will be remembered for his amazing cooking skills, playing chinese checkers, singing out loud while doing household chores or any activity, pulling his grandchildren in the wagon around the block, sitting by his daughter at 5am when she practiced piano, watching classic musical movies, and showing his gratitude for everyone and everything he has. He will be dearly missed.