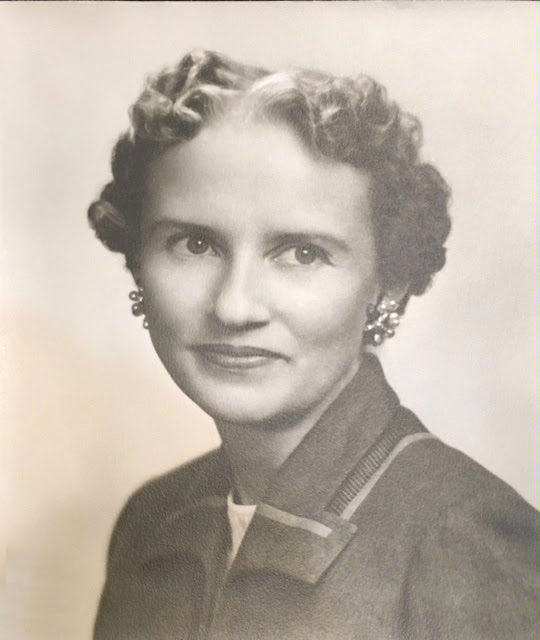 Elva was the wife of Egbert “Bert” J. Brown. As residents of Mesa, AZ, they spent a lifetime serving the community and their church. While Bert served as the Mayor of Mesa (1958-1966) and on many boards and committees, Elva enjoyed supporting her husband by hosting dinner parties and luncheons and participating in the Lioness Club, the Music Guild, and serving in various community functions.

One of Elva’s fondest memories was the three years (1966-1969) she and Bert spent in Scotland where Bert served as a Mission President for The Church of Jesus Christ of Latter-day Saints. She loved the missionaries they served with, and fondly called them her “boys.” She had continued to keep in touch with several of them throughout the years.

Elva served faithfully in many capacities as a member of the Church and loved attending and serving in the Mesa Arizona Temple Presidency (1970-1975). One of her greatest loves was spending time in the cool pines of Pinetop, AZ and then Shumway, AZ, where she and Bert had a ranch. Elva spent a lot of time in the garden at the ranch.

Elva’s hobbies included, sewing, crafts, bowling (until she was 89), cooking, playing card games, and spending time with her family. She was also an avid Phoenix Suns basketball fan. She was one of the original ticket holders and never missed a game, whether in person or on television. She knew the names, stats, and personalities of each player and wasn’t afraid to tell them what they were doing wrong.

Spending time with family and friends meant everything to Elva. It was important for her to know everyone she met by name, which she did. She had an uncanny memory for people and for making everyone feel like they were her “most favorite.” She always offered a kiss as a greeting and all who knew her loved her. She had a witty sense of humor and was kind, loving, and full of grace. She will be greatly missed and remembered fondly for her legacy of love.

Elva was preceded in death by her husband, Egbert J. Brown; her only daughter, Elberta Brown Nielson (Lars); and her son, Wayne Brown (Kathye).

Her family wishes to express gratitude to all those who lovingly cared for Elva over the past couple of years as she suffered the effects of age, especially Live Well Senior Care. She loved spending time with you.