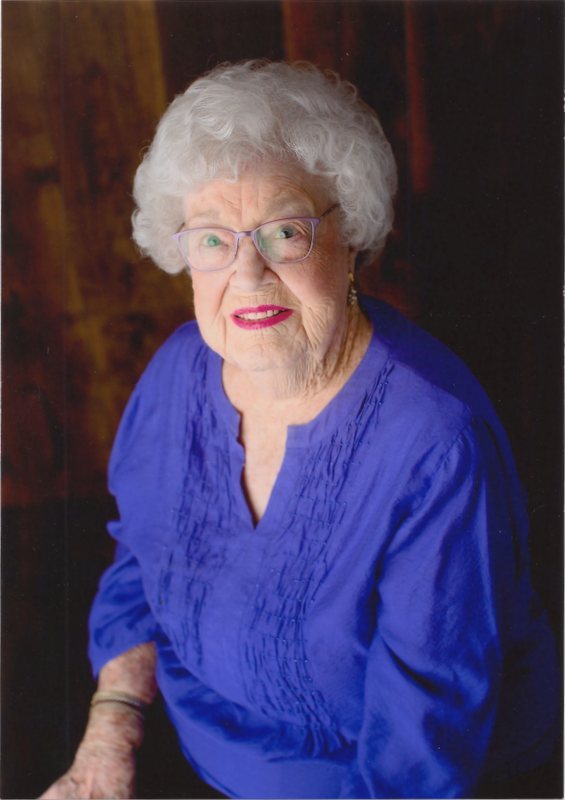 Elona attended Mesa schools and graduated from Mesa High School in 1939. Following high school, she earned a cosmetology license and was a hairdresser for a short time. On June 26, 1941, Elona married her sweetheart, Eldon Cooley, in the Mesa Arizona Temple. She was a devoted wife and a loving mother to their six children. She was also a great support to Eldon as he served on the Mesa City Council and as the Mayor of Mesa. During their marriage, Eldon and Elona faithfully served in various callings in the Church of Jesus Christ of Latter-day Saints. They made many lasting memories as they served missions together in Salt Lake City, Utah and New York City. Eldon and Elona enjoyed nearly 66 years of marriage before Eldon passed away in 2007.

Elona was involved in the Mesa Desert Club and enjoyed helping with their annual Christmas Idea House. She had a green thumb and loved growing pretty flowers and plants. She spent many hours doing embroidery and quilting. She also loved to travel with Eldon, and with her family. Her example of faithfully enduring to the end, serving her family and others, and her testimony of Jesus Christ is a legacy her family will cherish forever.

A funeral will be held in her honor on Saturday, November 19, 2022 at 10:00 a.m. at the Dartmouth Ward chapel of The Church of Jesus Christ of Latter-Day Saints, 1345 E. University Dr., Mesa, Arizona 85203 with a visitation prior to the service at 9:00 am. A viewing will be held on Friday, November 18, 2022 from 6-8 p.m. in the Relief Society room at the same location. Interment at the City of Mesa Cemetery. In lieu of flowers, please consider donations to the Church of Jesus Christ of Latter- day Saints Humanitarian Aid Fund https://philanthropies.churchofjesuschrist.org/humanitarian-services/.