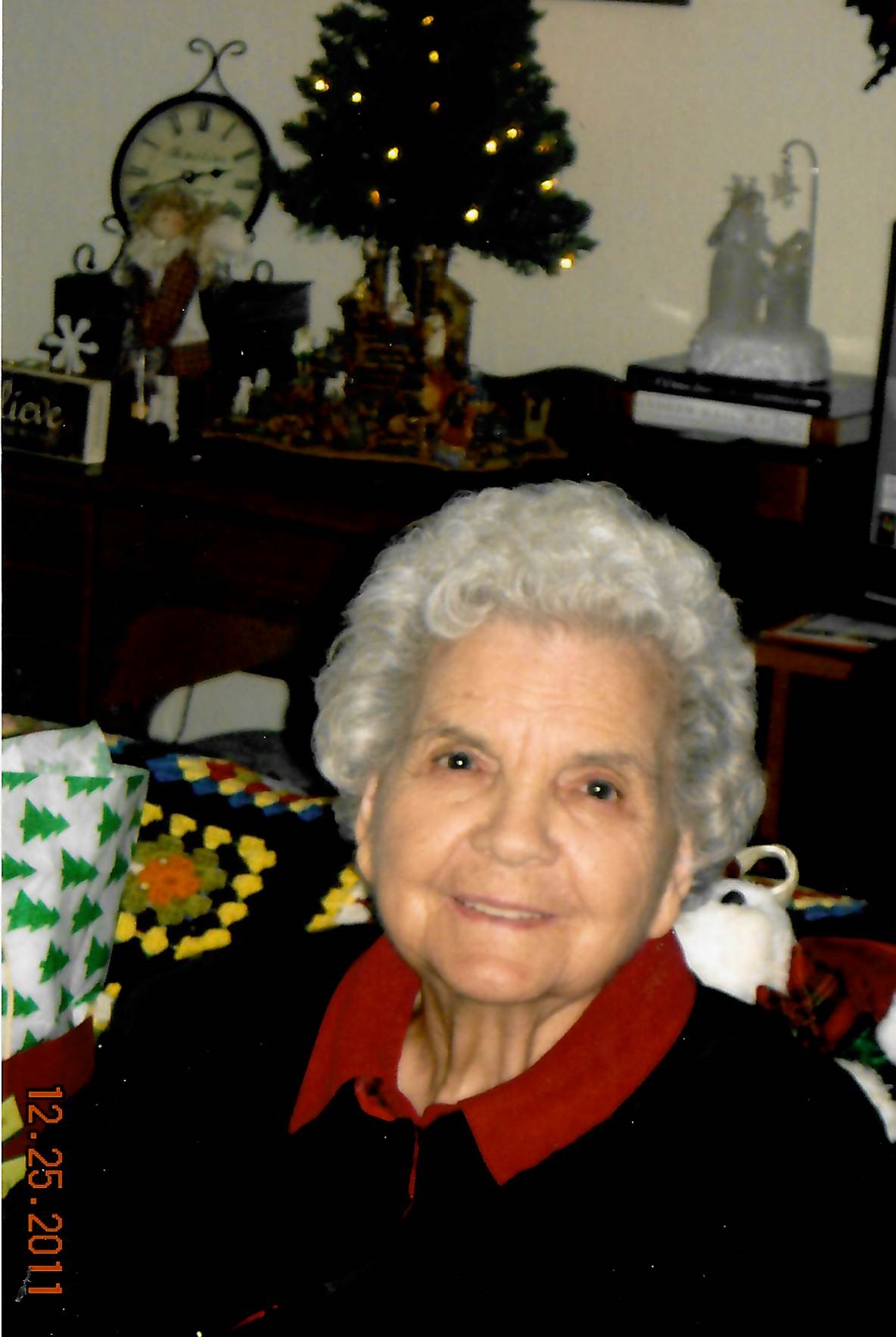 With profound sadness, we announce the passing of Ella Anderson, our loving and devoted Mother and friend, to all whose lives she touched, early in the morning on April 24, 2020.  She left us peacefully and in the company of family at her residence in Mesa, AZ.  She was in her 95th year.

Born in Colonia Garcia, Chihuahua, Mexico on October 24, 1924, to Leonard Whetten and Lettie Beecroft, raised from the age of 10 by Leonard Whetten and Willmirth Skousen. She witnessed incredible changes to our world in her lifetime.  Graduating from Academia Juarez High School in Colonia Juarez, Chihuahua, Mexico on May 24, 1943.  Then becoming an educator and taking a job as an Elementary School teacher in Mexico, which she held for 35 years, retiring in 1980 as a 3rd grade teacher.  She met her husband, Leonard ‘ManE’ Anderson in Pacheco, Mexico in 1943 and married him in a civil ceremony in Colonia Juarez, Mexico on August 27, 1944.  Shortly after they were sealed in the Mesa, AZ Temple on January 12, 1945.

Together with their 5 children, they became naturalized citizens of the United States in October 1967.  Moving from Mexico to the United States in 1979, settling in Hereford, TX, and later moving to Gore, OK.  After losing her devoted husband, Leonard ‘ManE’ Anderson, in July 1993, she later moved to Mesa, AZ where she resided for the rest of her days.

Preceded in death by her beloved husband, Leonard ‘ManE’ Anderson and her sisters: Agnes Marine Whetten, Melvina Allen, and Arletta Taylor.  Survived by her sisters: Lenna Smith and Betty Jo LaMarca, all five of her children, 15 grandchildren, 33 great-grandchildren, and 4 great-great grandchildren.

Ella lived a full life as a wonderful wife, mother, grandmother, homemaker, and Elementary School teacher.  She loved being an active member of The Church of Jesus Christ of Latter-day Saints and truly enjoyed serving her church as a Temple Ordinance Worker for 15 years and a Spanish Director for 3 years in the Mesa, AZ Temple.  She is best remembered for her cooking, storytelling, highly competitive game playing, and supremely compassionate heart.  Most of all, she loved her family and instilled in her five children strong values that continue to serve them well today.  She will be dearly missed and will forever be in our hearts.

A viewing for Ella will be held at Bunker Garden Funeral Home at 33 N Centennial Way, Mesa, AZ 85201 for immediate family.  She will then be taken back to Gore, OK to be laid to rest with her husband. A graveside service will be held at Stevensen Cemetery in Gore, OK, but due to the world pandemic, unfortunately and with great sadness, it will also be limited to immediate family.