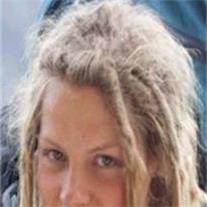 Elizabeth (Liza) Megan Koski, passed away on January 27, 2011 in Amherst, Massachusetts. She was 21 years old.

Liza was born in Portland, Oregon on November 27, 1989, and lived in Lake Oswego, Oregon until moving to Gilbert, Arizona in 2005. She graduated from Gilbert High School in 2008 where she excelled in academics and was an all-star lacrosse player. In 2008 she attended the fall term at the University of Oregon. She loved the outdoors and rugged wilderness of Oregon where she served with the Northwest Youth Corps for two years.

She is survived by her parents, Kent and Mary Anne Koski, and eight brothers and sisters: Steven, Maryjane, Sarah, Anne, Emily, Katie, Dorothy, and William.

A service will be held in her honor on Friday, February 4th at 11:00 a.m. at the Church of Jesus Christ of Latter-day Saints, Windrift Ward at 777 E. Elliot Rd. Gilbert, Arizona, 85234. There will be a viewing on Thursday evening, February 3rd, 6:00-8:00 pm at Bunker’s University Chapel at 3529 E. University Dr., Mesa, Arizona. A second viewing will be held at the church Friday morning at 10:00 a.m. Burial will be at the Mountain View Memorial Park, Mesa, Arizona. Donations may be made in her honor to the Northwest Youth Corps, at nwyouthcorps.org