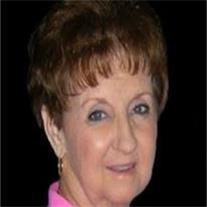 Eleanor Jayne Brackeen Bassett Payne. Jaynie Payne filled her life with loving God and serving others. Her life was an influence of good to all those who passed her way. We feel a great loss at her passing. Jaynie was born in Vine Grove, Kentucky on April 18, 1940 and filled her family’s life with joy. She began studying dance and piano at an early age and found herself in mischievous adventures with her two brothers and one sister. As a young child she lived in Kentucky, California, Canada, Ohio, Mississippi and Japan. Her father was in the Army and the Air Force and traveling was a way of life for young Jaynie. At the age of nine she was baptized into her family’s church. She loved Sword Drills, which we call today scripture chase. She also loved memorizing scriptures and began to memorize all of the hymns in their hymnbook on the piano. One year she even won an essay contest in Louisville, Kentucky for a work titled “What the Bible Means to Me.” Jesus Christ became an integral part of her life at an early age. Jaynie continued to study piano, organ, voice, dance and baton. She loved reading, sewing, cross-stitch and crochet. During her high school years she sang at the local radio station, played percussion or saxophone in the band and enjoyed going to dances. This is where she met William Lamar Bassett, who was to be her first husband. Bill and Jaynie had four children, Debra, Lamar, Melanie and Rebecca. Bill, Jaynie and the children joined The Church of Jesus Christ of Latter-Day Saints in 1970. When Bill passed away in 1979, she showed her strength by raising her four children alone. As her life progressed, she became a senior auditor for Motorola, spent much time teaching piano lessons, being involved in the Easter Pageant for The Church of Jesus Christ of Latter-Day Saints for 40 years, singing with the Arizona Mormon Choir and the Deseret Choir. She also served a mission at the Family History Center and was a temple organist. In 1991, she married Nevin Butler Payne and spent twenty years being happily married to Nevin. Everyone could see how much love they had for each other. He brought true joy to her soul. Her life ended on January 22, 2012 at the age of 71, much to the sorrow of her family and friends. She will be remembered for her testimony of Jesus Christ and her great show of love to those around her. Visitation is Thursday, January 26, 2012 from 6-8 PM at Bunker’s Garden Chapel, 33 N. Centennial Way, Mesa, 85201. Funeral services are Friday, January 27, 2012 at 11 AM, preceded by a visitation at 10 AM at the LDS Desert Ridge Stake Center, 3340 S. Signal Butte Road, Mesa, 85212.