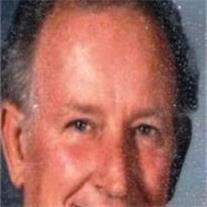 Edward Lee Provence, our dear husband, father, step-father, grandpa, and friend Edward L. Provence, 82, of Mesa, AZ passed away unexpectedly June 6, 2012 in Mesa, AZ. Born February 2, 1930 to Kenneth and Lela Provence in Cobden, IL. Lived in and graduated from high school in Ogden, UT and joined the Navy at age 17 right out of high school, serving honorably in the South Pacific islands from 1948 to 1952. He found the Church of Jesus Christ of Latter-day Saints and became a converted member July 7, 1952 and served in his church in many different capacities the remainder of his days. He auditioned with Walt Disney Studio’s for character voices, including Donald Duck, but decided to go a different direction for his career. While in California he served as a Fireman and Paramedic, which he loved. He began his lifelong career of sales for various companies including his own PSA Sales LLC, throughout the states and achieved top awards and recognitions for his work. He was married to Ruby Turnbow for some time. Together they had 5 children, Rick, Kelly, Robert (Cathy), Susan (Scott), baby Jon. Later in life found the Love of his life in Carol Jeanne Standish Sundberg. They married December 27, 1975 and were very happy together for the last 36 years. He loved his step sons Eric (Marnae), Neil (Tina), Mark (Kathy), Emory (Caralee). He has 29 grandchildren and 27 great grandchildren. He loved all his family and children everywhere. He was known fondly by the children of his ward as the Cookie Monster. Preceded in death by his parents, brother Bob, baby son Jon, and great-granddaughter Dallas. Services will be Tuesday June 12, 2012 at LDS chapel 2334 E. Pueblo, Mesa AZ 85204 at 11:00 AM with 1 hour visitation prior. Family & friends my also visit Monday evening June 11, 2012 at Bunker’s Garden Chapel, 33 N. Centennial Way, Mesa, AZ from 6–8 PM. Interment in Green Acres Memorial Gardens, Scottsdale, AZ. Arrangements by Bunker’s Garden Chapel.