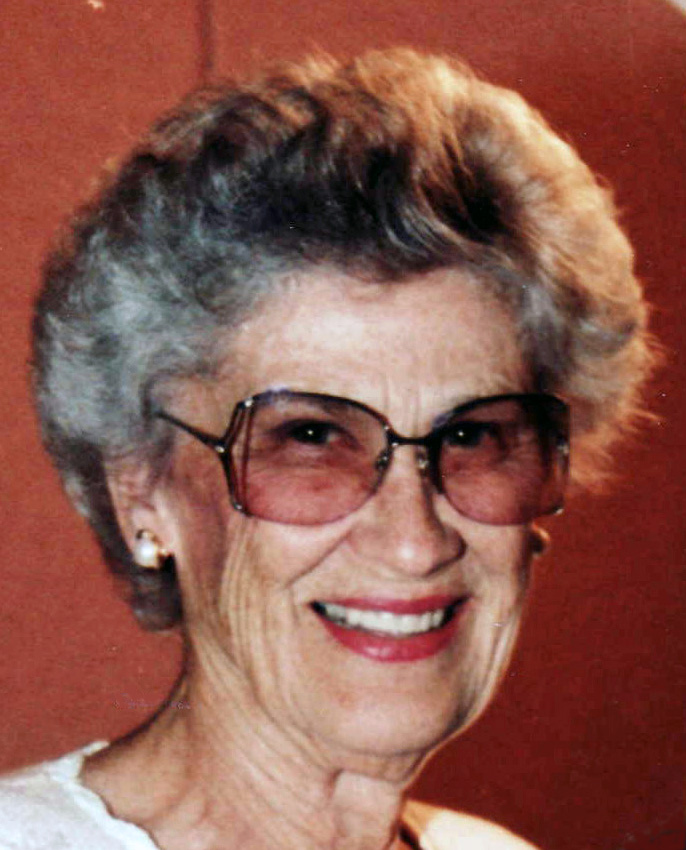 Edna Cardon Trejo died peacefully, with family at her side, on Wednesday, April 27, 2016 at her residence in Mesa, Arizona.

She was born on October 17, 1918 in Tucson, Arizona, the daughter of Louis Paul Cardon and Mary Irena Pratt, the seventh of nine children. She spent her youth in Mesa completing her elementary school and high school years in Chandler.

Later, her family moved back to Tucson so that the children could attend the University of Arizona. It was at this time that she met her future husband, Ralph Charles Trejo. They were married on July 12, 1941 in Alice, Texas before Ralph was deployed in the Naval Air Corp to the South Pacific. Edna returned home to Tucson to await his return.

After the war, Ralph completed his education and then the family moved to Casa Grande, Arizona in 1955. It was here that Edna raised her family, was very involved in her church and also served in the community. She had a keen interest in helping make cultural events available to citizens of the area. Another integral part of her life was researching family history and, in particular, writing life stories of several of her ancestry.

She had a great love of music and taught herself to play the piano and organ. This skill was acquired because she had been asked to serve where there was a great need. Over the years she liked to say, “You serve wherever you are called and do your best – maybe with a little extra help.” Because she developed these talents when quite young, she gave many years of service through her music wherever in the world she happened to be. As faithful member of The Church of Jesus Christ of Latter-day Saints, Edna and Ralph served missions in the Philippines, Switzerland, Germany and various places in the United States, totaling 11 years.

After 45 years in Casa Grande, Edna and Ralph moved to Gilbert and later to Mesa.

Throughout Edna’s life there were two things that were her priority – her faith in Jesus Christ and his Atonement and her family. Edna is survived by two sons, Jon (Roxanne) and Jerry (Sally) of Gilbert, and daughters Pam (Gordon) Oborn of Provo, Utah, and Vicki (Scott) McEuen of Casa Grande. She leaves behind 21 grandchildren, 72 great-grandchildren, and 4 great-great-grandchildren. She was preceded in death by her husband, Ralph, and one grandson. She is also survived by a sister, Amy Odell of Ogden, Utah.