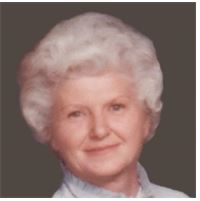 Edna C. Butler, 87 of Madisonville, KY formerly of Unionport, IN, passed away Saturday, April 23, 2016 in Madisonville.

She was born October 5, 1928 in Randolph Co., IN to the late Floyd Edwards and Edith Edwards. She was also preceded in death by her husband, Harold Butler and two grandchildren.

Edna and her husband Harold celebrated 54 years of marriage together. They lived in Prescott Valley, AZ for 19 years and attended the Prescott Valley Christian Church. She moved to Kentucky in 2004 to be close to her family.

Graveside services will be held on Monday, May 2, 2016 at 2 PM at the National Memorial Cemetery of Arizona, 23029 N. Cave Creek Road, Phoenix, AZ.