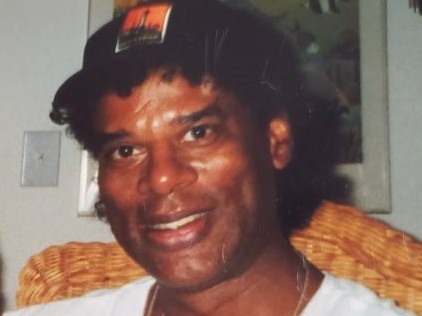 Dwight C. Hullm was born on Friday, December 22, 1950 to Helen and Wellington (Pete) Hullm in Detroit, Michigan.  Weighing in at only two pounds at birth, he was considered a miracle baby.

Dwight grew up in Farmington Township (now Farmington Hills) with sisters, Adrian and Tracey.  He was a bright and very active child with a vivid imagination and a smile ready for everyone. And he loved every sport he met.  Whether it was hockey on the neighborhood pond, biking, kickball in the front yard, softball on St. Paul’s Lutheran team or flashlight tag in the woods, he played with great enthusiasm-and always to win. He brought the same attitude to nearly everything. He was a devoted friend, a fun brother, a fierce competitor when he played board games and a storehouse of sports and historical trivia.  He made friends easily and often.  He was small but mighty.

He attended Middlebelt and Beechview Elementary and East Junior High.  While he was in Junior High, he was confirmed at St Paul’s. And when he started Farmington High School, he also started to grow taller, much to everyone’s delight.

He thrived in high school.  He joined the football team, basketball team and on the Cross-Country team he developed what would become a lifelong passion for running.  He was an Eagle Scout and was invited to attend Boys/Girls State summer leadership and citizenship program for High School Juniors. And he presided over Farmington High’s graduating Class of 1969 as the Senior Class President.

Dwight attended University of Detroit and joined the Detroit Mercy Titans Cross Country team. He made more friends who he recalled fondly for the rest of his life.  In 1970, he had an all-time victory against Lawrence Tech, running 4.5 miles in 26:27.

Dwight moved to Arizona with his friend Pete Sevin in 1973.  He held several jobs until he found his niche in 1974, working at the Arizona Training Program at Phoenix. He had great compassion for the children he met there, children with developmental disabilities.  He worked there tirelessly until the mid-80s. In 1986, he started at Chandler Gilbert ARC and for 35 years he devoted himself to the social and medical well-being of all his clients.  He spoke of each client with affection, deep insight and respect.  He held various positions at The Arc, including manager, director and his final position, Interim Community Living Director.  But most importantly, it was there that he met the love of his life.

Dwight met Marjie Hanna in 1997 and his whole world changed. On May 25, 2003, they married and he happily became a husband and father of three.  As usual, he embraced both roles wholeheartedly.  A consummate storyteller, he always had a funny story to share about his adventures hiking, fishing or just hanging out with one of the kids. And he adored his wife.  It was rare that he would be long away from her side.  They were a special couple that found great joy in one another.

Dwight loved his family deeply.  He would drop everything to help anyone, especially Marjie and the kids.  He loved being surrounded by friends and family, just as he did in his youth.  He kept in contact and would check in if he thought too much time had passed.  He treasured each moment and enjoyed life to the fullest. And when the grandchildren started to arrive, he became the proudest and most loving Papa on earth.  He would think of ways to spend time with them and, of course, make it a learning opportunity as well. His father-in-law once said that he wanted to come back as Dwight’s grandchild in his next life!  Such was Dwight’s love for them. He ran with them in races and took them on adventures every chance he had.  They were his greatest delight. And they felt the same for him.

Dwight died on Friday, February 12, 2021.  We will miss him more than words can express. He was preceded in death by his parents, his niece Kayla and his father-in-law Don (Red) MacAfee. He left behind his loving wife, Marjie; dear step-children, Stephanie Hanna, Jason (Kaleen) Hanna, and Jaime (Jonathan) Carden; beloved grandchildren, Hailey, Nathan, Raelyn, Stryder, Alina, Kylee, and Sammy; cherished sisters, Adrian and Tracey and a host of nieces, nephews, cousins, family and friends.  We will always remember him as a wonderful friend, a man of commitment and honor with a great sense of humor, a wealth of compassion, a wonderful laugh and an insatiable joy for life.