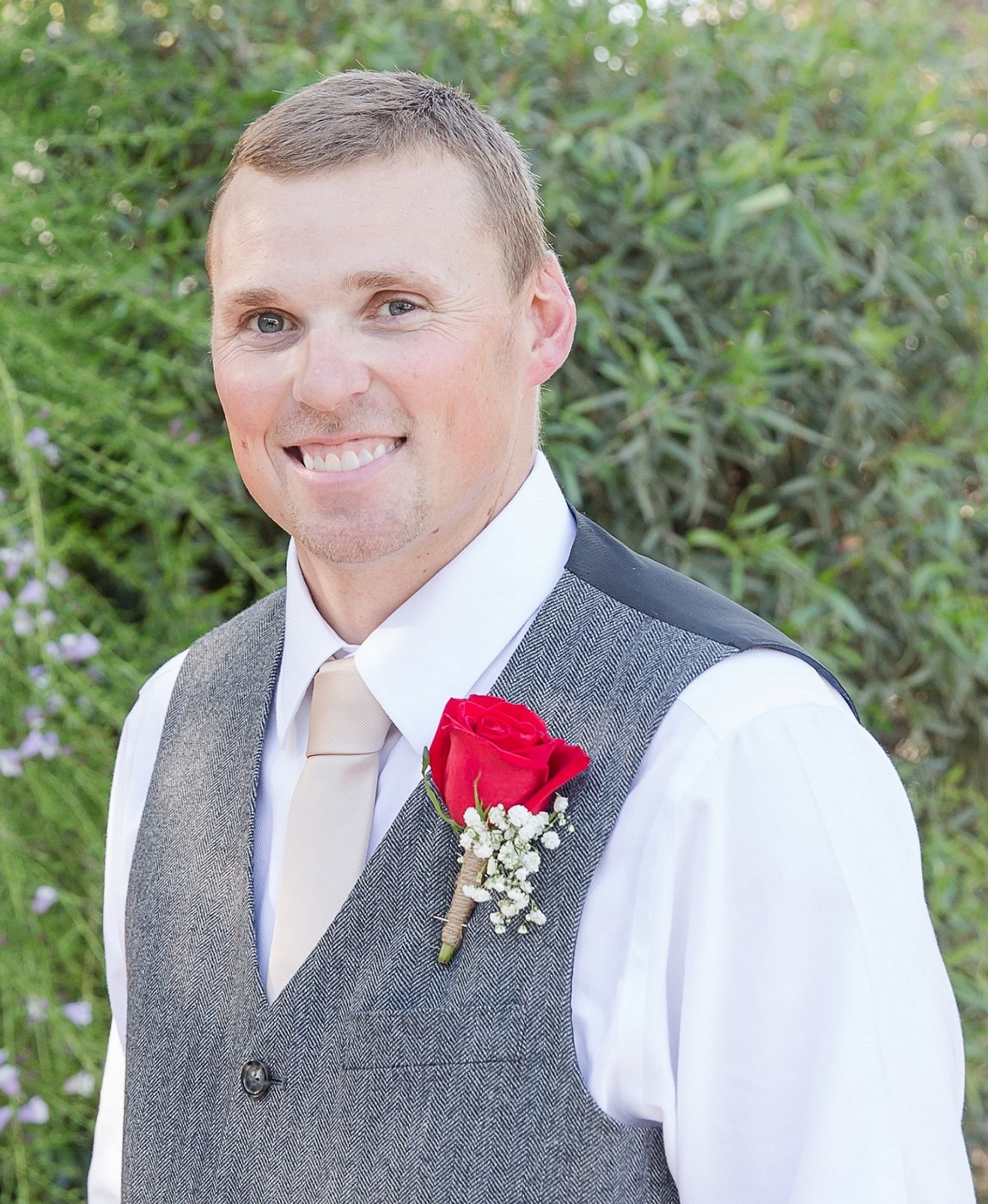 It’s a difficult task to sum up someone’s life experience in several paragraphs but Dusty’s paragraphs of life were well spent.

Dusty leaves behind his wife Elizabeth (Bitsy) whom he loved so much, his best friend and brother Crosby, his sister Tatum and her husband Jack as well as their new baby girl Henley Kai.

It’s never easy to say goodbye to someone who is so beloved, but even more difficult when the loss is sudden and at such a young age. Dusty and Bitsy were married just last year and recently purchased their first home; they were so happy. Like many couples they had plans for their future together. Dusty loved Bitsys family. He was so appreciative of the support he and Bitsy received from them, especially his mother and father in law Irene and Dave.

Dusty’s dad and big brother liked sports and music so these naturally became passions for Dusty as well. He participated in many sports but mostly baseball which he played into high school. He played the drums but switched to the guitar around the age of twenty. He enjoyed playing and learning new songs. It was not uncommon to find Dusty in a room with the door closed playing along to an instructional video. He enjoyed attending concerts his first being ZZ Top accompanied of course by Crosby and Dad.

While serving in the United States Air Force, Dusty was able to visit many faraway places like Italy, Germany and Afghanistan. One time he and a buddy flew from Italy to England to see Guns and Roses. Another time it was off to Germany for Oktoberfest.

Dusty worked as a surveyor for the past five years and most days was teamed with his buddy Jay. Dusty’s boss Anthony along with Jay stopped by and though tears were shed we shared a few laughs over some of the discussions Dusty would get into with them and they expressed how much he would be missed.

Astronomy and boxing were two of Dusty’s passions. He loved learning and was constantly talking about recent discoveries of planets or a universe that mimicked ours. He enjoyed looking through any telescope when given the opportunity and watching innumerable videos or movies about space and the cosmos. While outside recently he pointed his phone to the sky and via an app described which planets we could see. It was fun to observe his excitement and passion over something most pay little attention to. As for boxing, you’d want to set aside some time if you asked Dusty a boxing question. He had his fighters he liked and he would defend them; passionately. When he came over, he and Crosby would watch boxing matches pretty much every time. Surprisingly, many of the fights they would watch were from as far back as the forties or fifties. They got pretty boisterous at times so the door needed to be closed. Still, you couldn’t help hear an occasional f bomb when somebody got robbed by the judges. Unfortunately in boxing, this happens all too often.

Dusty loved Hawaii. He spent many weeks there throughout his life and many hours boogie boarding at Hukilau Beach on Oahu. Occasionally he would leave the water and spend time with family doing other things but was always back in the water before long. Dusty was a great big brother to Tatum. He was tasked with being her playmate and sitter on many occasions. He took pride in her accomplishments and was super excited to take Bitsy to Hawaii and visit Tatum, Jack and his new niece.

Though Dusty has left us physically, his spirit will always be with us. He was kind to everyone. He was a happy child with an infectious smile and as he aged into adulthood, his smile was ever present. We will miss Dusty but look forward with hope to a time when we can be reunited with our wonderful son, brother, husband and friend.

We love you Dust.