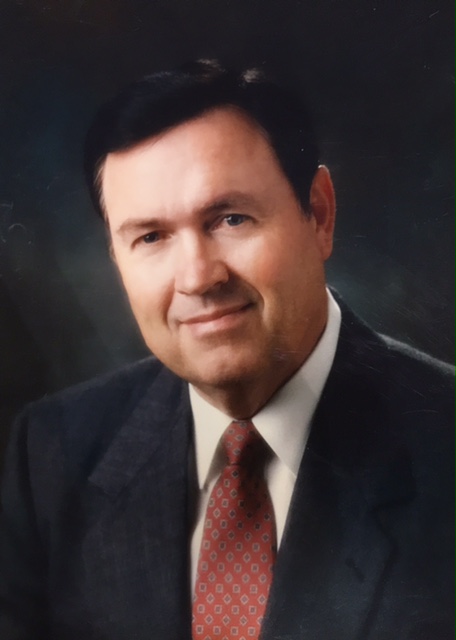 On February 19, 2017, Dr. William F. Wright of Gilbert, Arizona, passed away at his home swiftly and sweetly in the arms of his wife, Martha C. Wright.  William and Martha’s story-book marriage spanned 56 years and includes three surviving children, Julie, Michael, and Matthew.  Their posterity includes 23 grandchildren and 48 great-grandchildren.

William Frank Wright was born on November 22, 1940, to John and Gladys in Tolleson, Arizona, while his parents were undertaking seasonal harvest work there.  World War II divided the family shortly after his birth, and Bill lived in Texas, Oklahoma, and Arizona eventually landing in Page, Arizona where he finished high school career as a three sport athlete in football, basketball and baseball.  There he met the beautiful cheerleader and classmate, Martha, who would become his wife just 3 years later on October 29, 1960.  Bill played on Phoenix College’s National Championship football team, and thereafter earned his BS in education at ASU.  As an educator his career was centered in Apache Junction where Coach Wright was the head football coach until 1974, then principal and later that year was named superintendent of schools.

Dr. Wright earned his doctorate degree in 1982, and retired as superintendent in 1995.  During his tenure he became a lead author for national educational publications, and earned high honors including Superintendent of the Year for Arizona, and was a National Superintendent of the Year nominee.  As a professor and department chair in the College of Education at NAU (1995-2017) he has mentored hundreds of students through their doctoral programs.  For over a half a century, Dr. Wright has led and served Arizona’s educational community.

Dr. Wright was a devoted disciple of Christ, serving the Lord faithfully as a bishop, high councilor, teacher, and church-service missionary with his with wife, Martha, in the Church of Jesus Christ of Latter-Day Saints.