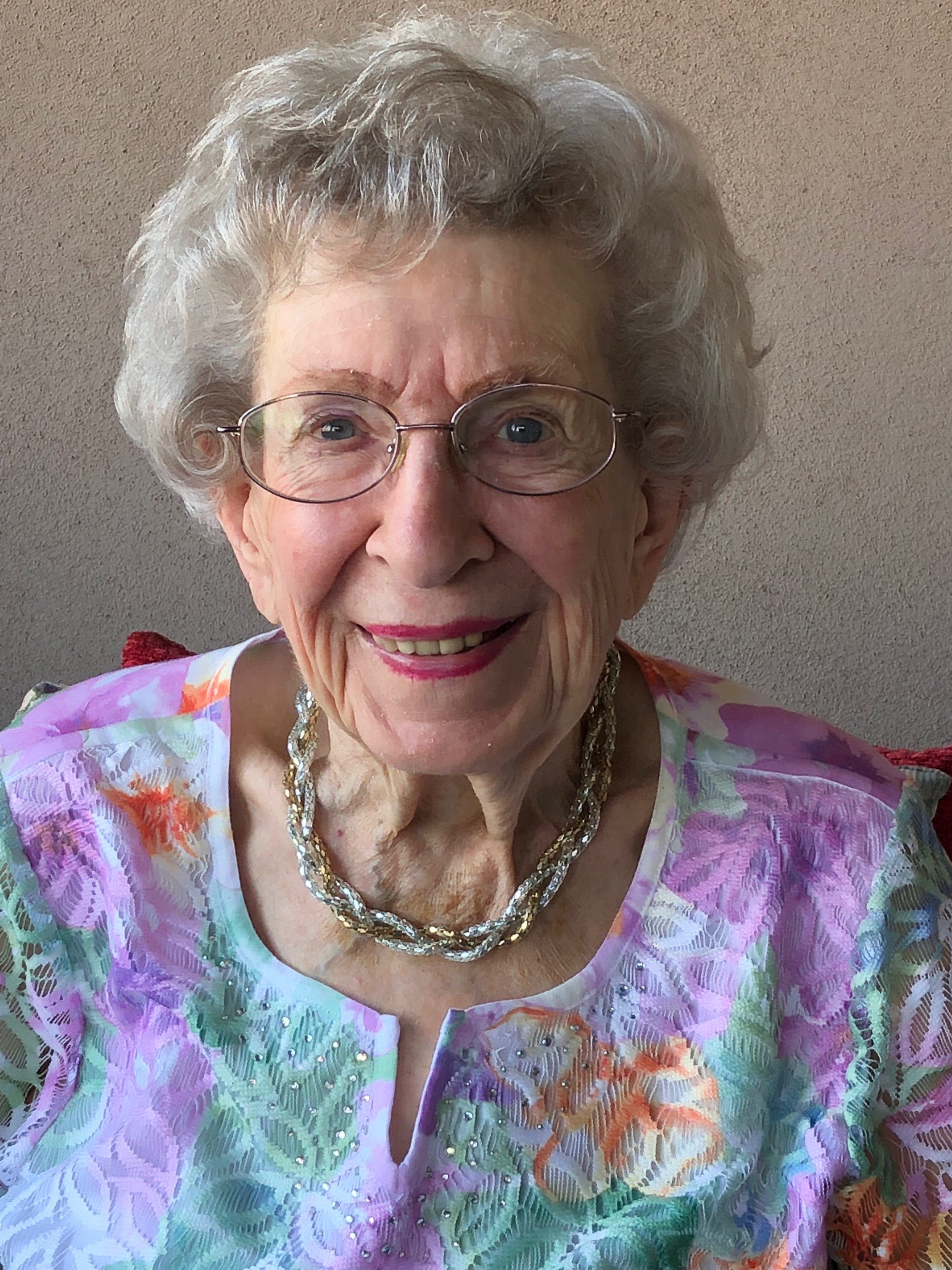 Dorothy R. Frederick, 90, passed away early on Friday morning, October 11, 2019, in Scottsdale, Arizona.  She was born on April 23, 1929, in Cleveland, Ohio to Frederick and Lucadia Novak.  A child of The Depression, she and her older sister Lucille grew up as self-reliant, hardworking women who knew how to stretch a dollar and provide generously without complaining.

She married Melvin Edward (Bud) Frederick on July 4, 1953, and enjoyed 47 years of marriage until Bud’s passing in March 2000.  She is survived by her daughter, Susan L. Widmer (Patrick) of North Reading, Massachusetts, Stephen M. Frederick (Bethany) of Medford, Massachusetts, and three granddaughters, Sandra Widmer, Jennifer Frederick, and Elizabeth Frederick.  Her son Paul preceded her in death in August 2002.

Dorothy enjoyed a fulfilling life as a homemaker, secretary, and active participant in her church, while raising her family in Lexington, Massachusetts before retiring to Arizona in 1988.

Dorothy enjoyed many hobbies, including gardening, knitting, and various types of artwork.  She was a skillful seamstress, and an accomplished pianist and enjoyed playing the piano throughout her life.  She enjoyed volunteering her time, serving as a leader in Camp Fire Girls and Cub Scouts, and as the Director of the Board of Christ Lutheran Nursery School in Belmont, run by her church in Massachusetts.  She also enjoyed the outdoors, camping and skiing with her family for many years.  She was a generous supporter of many non-profit organizations in an effort to share with those less fortunate.  For decades she supported the work of Knit for Kids, a nationwide program begun by Guideposts magazine in 1996 and now administered by World Vision, knitting over 150 sweaters for children in need around the globe.

All who know Dorothy will remember her for her unwavering faith, happy smile, positive outlook, and gratitude for the blessings in her life.  She will also be remembered for her devotion to playing the game of Hot Dice, and her ability to keep score until the very end!