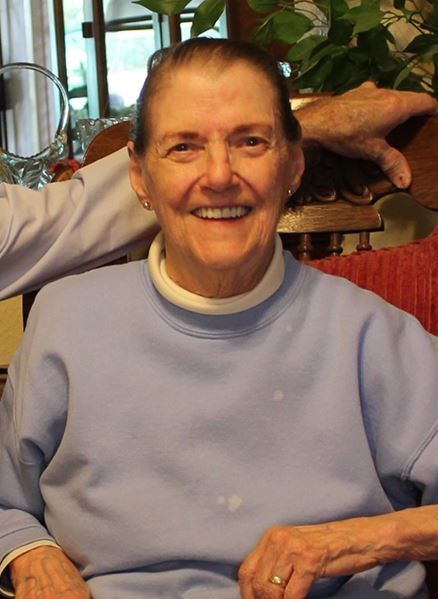 Dorine D. Ruwart, 89, went to her heavenly reward on 11 July 2020 in Mesa, AZ. Dorine was born in Northwest Kansas near Selden & Leoville to Adlor & Clara Fortin. She attended Cresco Rural School, Leoville Grade School, and graduated from Leoville High School. She then attended and graduated from St. Francis School of Nursing in Wichita, KS. She worked at hospitals in Hoxie and Quinter before her marriage to Joseph Ruwart in January 1953. Joseph was in the US Army National Guard. They moved to Mesa in 1953. Dorine was the head surgical nurse at Desert Samaritan Hospital in Mesa until her retirement. Joseph and Dorine had two sons, Mark William and Patrick Joseph.

It was Dorine’s wish to be buried beside her husband Joseph at National Memorial Cemetery of Arizona. Due to Covid-19 restrictions and distances for family members, an inurnment ceremony will be held at a later date. In lieu of flowers, memorials may be made to Queen of Peace Catholic School in Mesa, AZ or Seton Catholic Preparatory in Chandler, AZ.