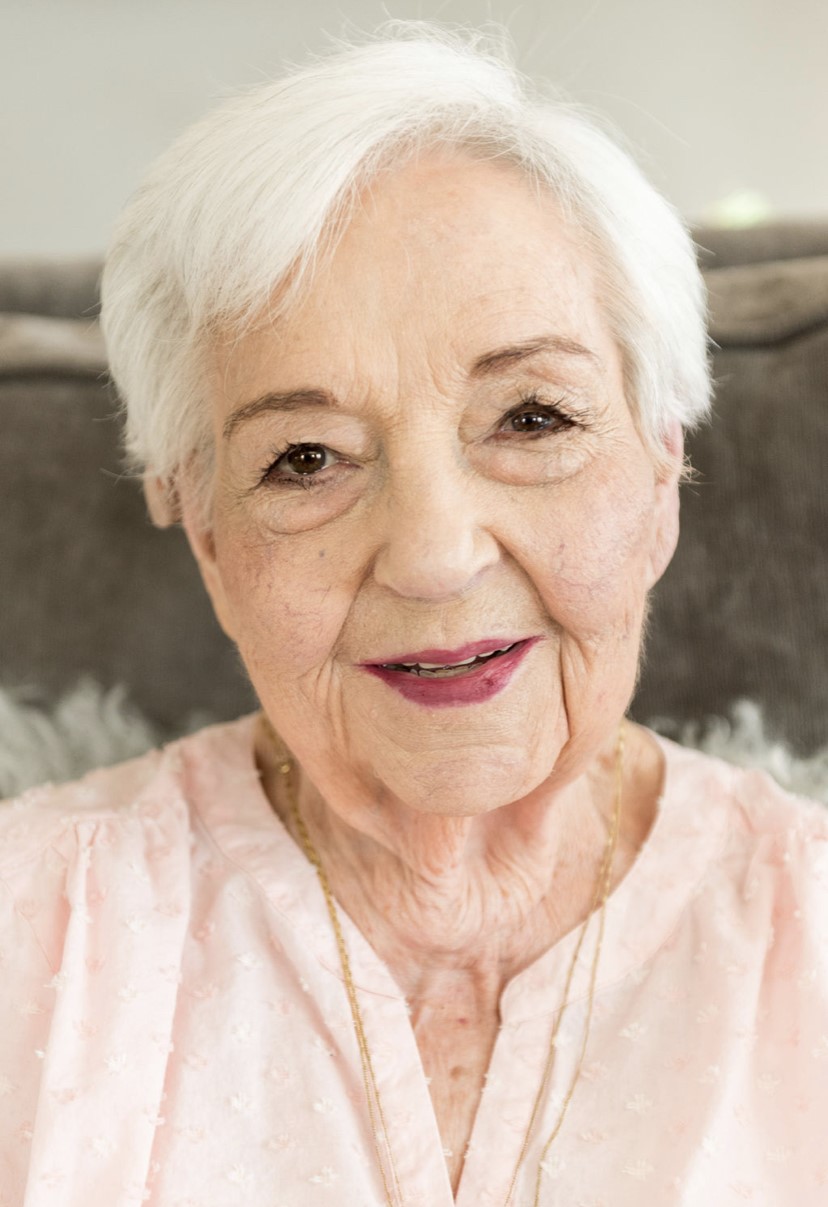 Doreen Richey 88, of Mesa AZ passed away at home on January 12th 2021 surrounded by her loving family.

Doreen was born on May 1st, 1932 in St. Johns AZ to Clyde and Viola Overson. She was the 7th of 9 children. She loved growing up in a small town surrounded by her cousins and grandparents. After graduating high school at St. Johns High school in 1950 she married a handsome young WWII veteran named Milford Richey on January 6th 1951. After their marriage they moved to Tempe while Milford went to Arizona State College (later ASU). While Milford was in school Doreen worked as a salesclerk in several department stores. In 1952, Becky their first child was born with her brother Scott following close behind in 1954. Doreen was a loving and devoted mother who adored her children. At one-point Doreen and Milford lived on a street called Granada and Doreen made fast friends with the other women in the neighborhood. They would later call themselves ‘The Granada Girls” and would regularly go out to lunch together and reminisce about the old neighborhood. While her children were young Doreen worked in the home to diligently support her family. When they were teenagers, she went on to manage and run the office of Richey Cable Company. She was a detailed and kind manager. After her children were married and they had some Grandchildren Doreen & Milford decided to serve a mission for the Church of Jesus Christ of Latter-Day Saints. They were assigned to the London England North mission. There Doreen thrived and was known as the mission Mom. The other elders from the states loved her home cooking especially when she was able to get some Ranch salad dressing sent over from the states. She and Milford loved to travel and go on cruises, she wanted to see the world!

She was a fun and engaging Grandmother. She always had treats or cookies for her grandchildren and eventually her great grandchildren. She loved to have water fights with her grand children and read them stories. She always said that “my grandchildren are the light of my life”. Doreen loved to play games and enjoyed playing cards as it allowed her to love others in a friendly and conversational way.

After Milford passing in 2017 Doreen moved into Becky’s home where she remained until her passing. Doreen had such a love for everyone and had a special way making people feel loved, seen, and important even if they weren’t a part of her family. She invoked the best in people. She made others feel a sense of belonging. She was an optimist and always said, “without change, there would be no butterflies”. Doreen exemplified that statement with her own life. And in the end, she got her wings.

She is survived by her daughter-Becky Pitney, son-Scott Richey (Susan Richey), 13 grandchildren, 41 (soon to be 42) great-grandchildren, a brother Clay Overson, and a sister Isabel Nelson.

A visitation will be held Friday, January 15, from 11:30 am, at Bunker’s University Chapel. Funeral services will follow at the same location immediately following the visitation Burial is Saturday, January 16th, at 3 PM, at the St. Johns Cemetery.