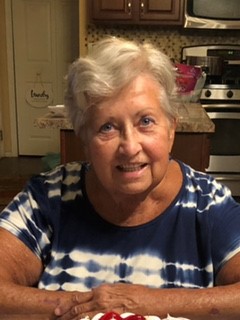 Donna Jean Hansen, age 78, went home to be with her Lord and Savior on November 4, 2020.  Donna was born on July 7, 1942 in Chicago, Illinois to Willard & Jean (Dewalt) Lillroth. She graduated from Anaheim High School in southern California and received her LPN nursing degree from Orange Coast College. She married William (Bill) Hansen on May 6,1978 in Maple Lake, Minnesota.

Donna had various jobs throughout her life, including gogo dancing, but she was most proud of her in-home nursing work that she did for the past 30 years — the last 11 of which were with the Wilson family, whom she loved dearly.

Donna lived in California for many years of her life and loved San Clemente. She also resided in various cities in Minnesota, with Buffalo being her home for 15 years. Just to keep us on our toes, she and Bill moved to Costa Rica for three years. For the past 14 years, she called Mesa, Arizona her home, where she attended Mission Community Church in Gilbert.

Donna lived life to the fullest! She did it all and did not want to miss out on anything! She loved a good party and always opened her home up to others. She loved to cook and enjoy good food. She loved Diet Cherry Coke, Sonic Ice, and one or two Cuba libres. She also had an affinity for movies, The Young and the Restless — which she called The Young and the Useless — and of course, her children, grandchildren, and husband.