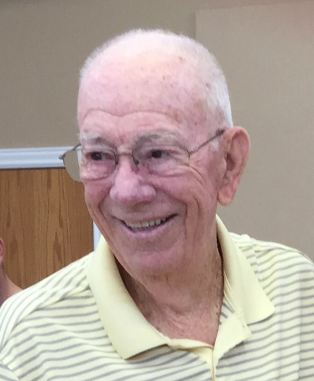 Donald Raymond Bauer, 77, passed away Friday, March 24, 2017, at the Hospice of the Valley in Gilbert, Arizona with his wife at his side.  He was born in Jay, Delaware County, Oklahoma, November 30, 1939, to John Henry and Crystal Carl Talbert Bauer and was the youngest of five children.

After his service in the Army, he had several different occupations including truck driving, telephone repair and service, building construction and cable splicing.

Don married Helen Jean Smoot on February 10, 1973 in Las Vegas, Nevada.  They settled down in Parma where Don worked for the local telephone company.  In 1976, the bought Jay’s Drive-In in Parma which became known as The Burger Shack.  Several years later they sold the drive-in and Don went to Boise State University to become a Heating and Air Conditioning technician.  He graduated with Honors and started Bauer Heating and Air Conditioning which he ran until 1998.  While he owned his own business, he also worked for the Air Force in Mountain and then became the Facility Manager at the Wilder Radar site until it was closed.

Don retired in 1998 and he and Helen sold their home in Parma.  They eventually bought a home in Mesa, Arizona where Don put his knowledge of house construction to good use by adding a family room to their home and remodeling the house. He also did home remodeling and handyman jobs in Mesa.  Don and Helen split their time each year between Mesa in the winters and  the Caldwell area in the summers.

Don was an avid golfer, loved to fish, play cards and dice games and enjoyed spending time with the friends he made throughout his life.

Don was a member of the American Legion, Apache Junction Post No. 27 for 18 years.  He is survived by his wife, Helen, his daughter Lynann Stewart of Meridian, ID, granddaughter, Leslie Ann Stewart of Boise, ID, sister Lula Mae Nelson of Kennewick, WA, brother John (Joan) Bauer of Seattle, WA, and several nieces and nephews.  He was preceded in death by his father and mother and brothers Gene and Carl Bauer.  Graveside services will be held Tuesday, April 4, 2017, at the Wilder City Cemetery in Wilder, ID at 1 p.m.  In lieu of flowers, the family requests you send contributions to Hospice of the Valley – Lund Home, 1982 E. Woodside Ct., Gilbert, AZ 85297.