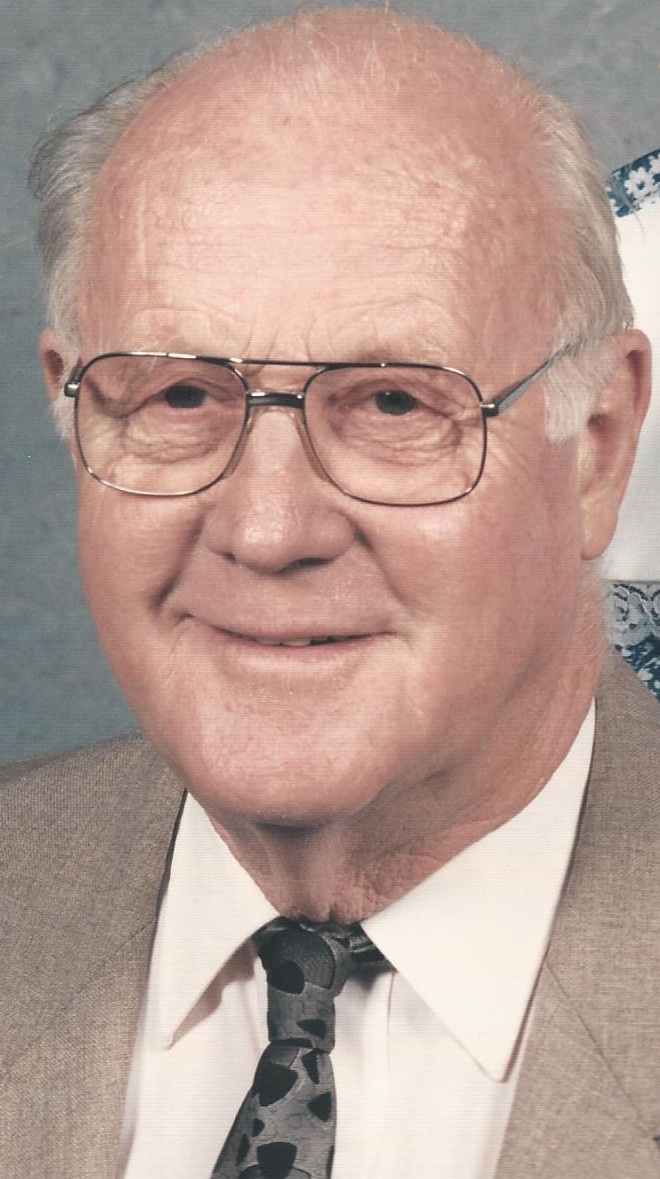 Donald B. Hossack, 87 was called home to heaven on January 29th, 2015 in Mesa, Arizona.  He was born to Emin and Stella Hossack in Thamesford, Ontario, Canada in 1927.  He worked on his family’s farm until he joined the Royal Canadian Navy at age 17.  He served on the aircraft carrier HMCS Warrior in the Atlantic.  Upon his return from the navy, he married his sweetheart, Doris Fennell.  In Canada, he was employed at Wallace Brothers Lumber and was active in civic service as Reeve (Mayor) and Warden of Oxford County (County Supervisor), as well as a manager of a local hockey team.  In 1963, Don, Doris and sons Chris and Duncan immigrated to Arizona, where he began working for O’Malley Lumber Company, where he worked until he retired in 1990.  Don and Doris added two more children, Dianne and David, to their family in Arizona.  Don was very active in community and civic service in Arizona. He was past president of the Mesa Baseline Rotary Club, board member of the Mesa United Way and the YMCA, served in many positions at St. Mark’s Episcopal Church, and was a member of the Mesa Country Club, where he loved to play golf. Don is survived by his wife Doris, his children Christopher (Judy), Duncan (Randee), Dianne (Kevin), David (Jennie). Grandchildren Heather (Eric), Chad (Liz), Heath (Catie), Geoff, Jaimee (Rock), Cody (Lacy), Cailey (Sean), Talan, Duncan A., Cory, and Liam; Great-Grandchildren Chelsea, Connor, Ethan, Carlee, Elizabeth and Dalton;  Brother Larry (Patricia) of Canada, Sisters-In-Law Mary Warnock and Ruth Wallace, and many nieces and nephews whom he adored. A memorial service will be held Saturday February 7th, 2015 at 11AM, at St. Mark’s Episcopal Church, 322 N. Horne St., Mesa, AZ 85203. In lieu of flowers, donations can be made to Don’s favorite charities: St. Mark’s Episcopal Samaritan Fund or The Mesa Caledonian Pipe Band, P.O. Box 21032, Mesa, AZ 85277. Bunker’s University Chapel handled the arrangements.