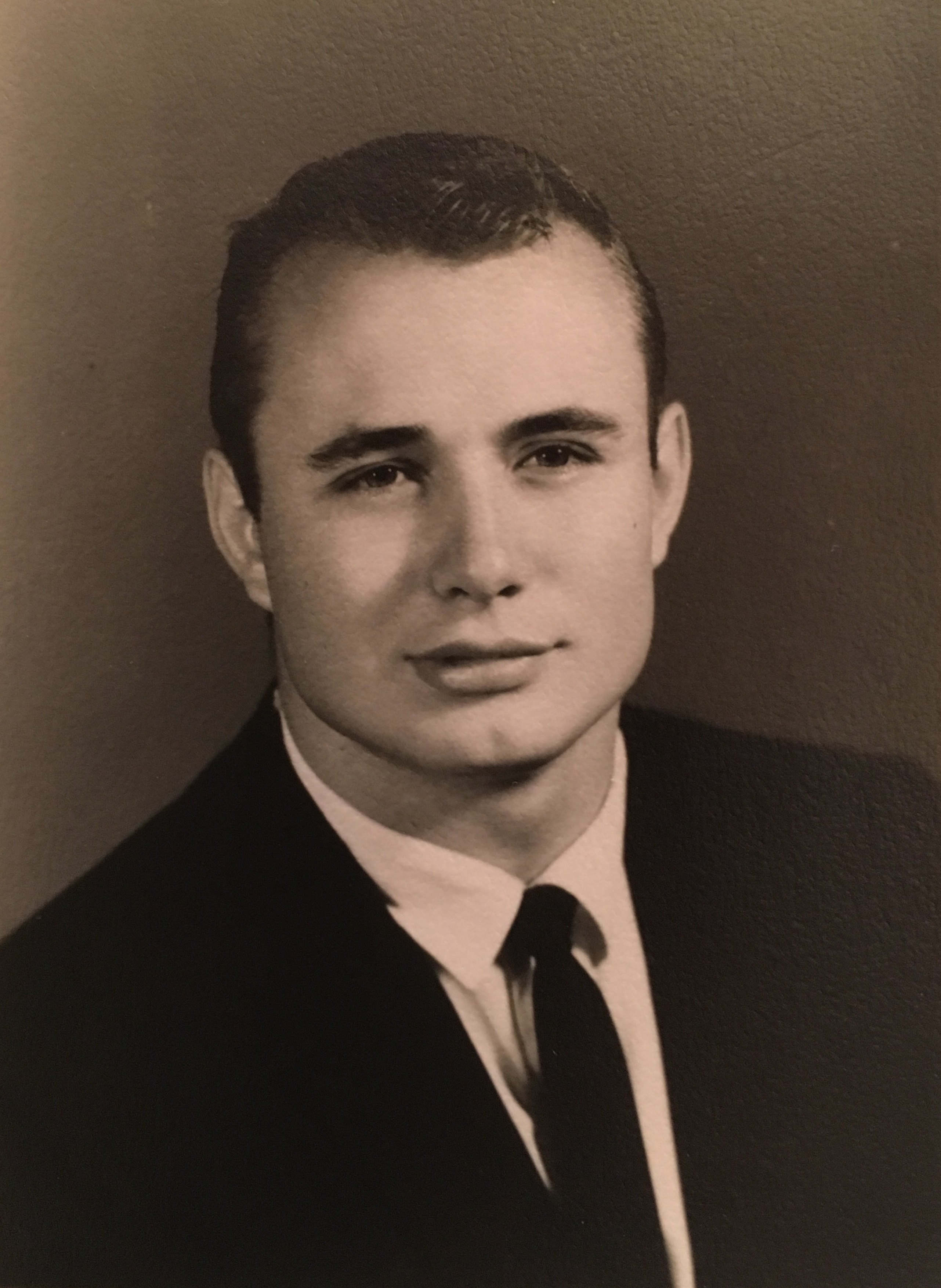 Don was born to William Mertyshaw McCracken and Helen Dolin in Great Falls, Montana on January 12, 1939. Three days later his dad nicknamed him “Chunky McCracken” because he was such a butterball. He absolutely loved his nickname and it followed him throughout his life.

When he was 15 years old, Don’s mother passed away of a heart attack.  Soon after this tragedy his father William McCracken moved to Missoula, Montana for work.  Don did not want to move so his father gave him permission to stay behind in Great Falls.

During this difficult time, Don’s friends were his strength. Every Sunday, he would sit on the lawn of the LDS church where his friends attended. He would wait until church dismissed so they could go get donuts. Soon Don was taught the missionary discussions and chose to be baptized as a member of “The Church of Jesus Christ of Latter Day Saints.” He often said the gospel completely changed his life by giving him the knowledge of the plan of salvation.

At 16 years of age, Don moved himself to Choteau, Montana so he could be on the Varsity basketball team. There he worked for Bill and Susie Anderson as a butcher on their ranch. Susie soon discovered that Don was living on his own. She said, “Well I won’t have that!”  You will come and live with us immediately.” Susie was a tremendous blessing to Don and treated him as her own son. This is what inspired Don to open his own home to all who were lonely and needed a family to love them.

Don graduated from Choteau High School in 1957. He then served in the 9th Marine Corps Reserve and Recruitment District at the age of 19. Shortly thereafter, he went to Ricks College in Rexburg, Idaho.  He loved Ricks college and the students that attended there.  He enjoyed their high standards and desires to serve the Lord.  He was then called to serve a 2 ½ year mission in Vera Cruz, Mexico. Don loved the humble people he served on his mission.  Part of his mission responsibilities included caring for the hungry.

At age 22, after Don completed his mission, he enrolled at Brigham Young University. He received his bachelor’s degree in Sociology. It was here he met his eternal companion, Gloria Kay Tueller. They were married in the Mesa, AZ temple on September 8, 1967. Don shared, “I honestly try to treat Gloria with respect, dignity and kindness so she will want to live with me forever.” Through out the next 10 years Don and Gloria moved to Yellow Stone National Park, Yuma, AZ, Sacramento, CA and finally Mesa, AZ.

His career life included 27 years of computer sales for IBM. He was a great sales man due to his friendly demeanor and honest reputation.

Don always had great wisdom and advice. He was easy to talk to and made others feel loved and important. He lived by example and once said, “Start the morning with prayer. Count your blessings.  Ask Heavenly Father for the Spirit to help deal with life and the problems you have.  Then report to him at night to see how you have done. When I do this, I have a much better day.”

His legacy will be carried out forever through his posterity.