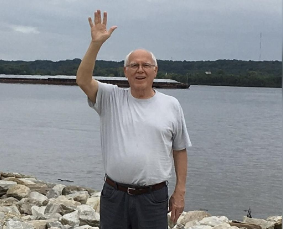 Dennis was born the 28th of November, 1942 in Phoenix, Arizona. He is the oldest son of Dudley and Frances (Davis) Wilson. Dennis enjoyed Military Service as a paratrooper in the 82nd Airborne. He married his sweetheart of nearly 58 years, Patricia Ann (Smith), January 8th, 1965 in Phoenix, Arizona. They enjoyed working in their gardening, rides in the car, and watching the grandkids activities. Dennis enjoyed all of their many adventures and travels together. He dedicated his life to his family, and was a devoted companion, father, grandfather and great grandfather.

Services will be held on Tuesday, December 27, 2022 at the LDS Church Building located at 3544 South Atherton Blvd. Gilbert, Arizona 85297. The viewing will be 10am with the services starting at 11am. Burial services will be Saturday, January 6th at 1pm, at the Arizona Pioneer Home Cemetery in Prescott, Arizona. https://everloved.com/life-of/dennis-lee-wilson/.