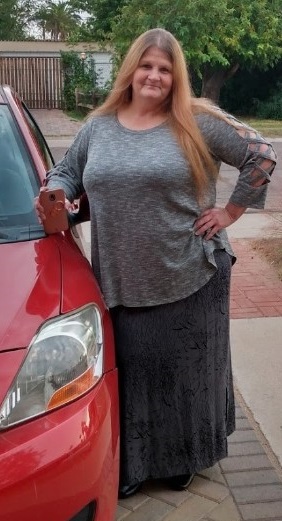 “ Some people only walk this earth for a short time. Their departure reminds us that angels are watching over us.

On August 9th, Della Lukesh rejoined her heavenly family and gained her wings. She was 56 years old.

Della was the proud mother of five children. She was mother to three biological children & she adopted two of her grandchildren after the death of her daughter, Kathryn. Della’s greatest love was her family. And all her children were proud to call her mom.

Della is survived by her father, Richard (83), her sons, Vincent (33) & Andrew (14) as well as her daughter, Angela (15). She also leaves behind two grandchildren, Anthony & Adrian and several brothers.

She was loved by many & will be missed. “