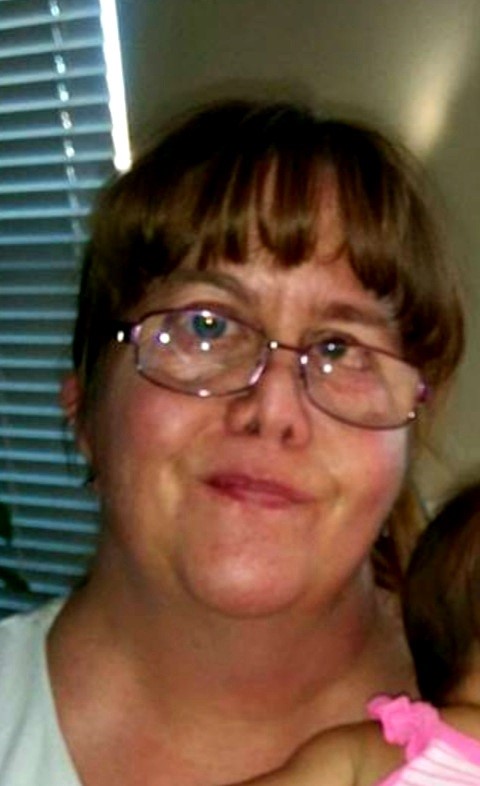 Debra “Debbie” Lorraine Feliz born in Philadelphia, Pennsylvania February 14th, 1963 residing in Mesa, AZ unexpectedly passed away October 14th, 2020. She was raised in Passaic, New Jersey by her late parents Dorothy and Edwin Henry along with her brother Marc. Debbie is survived by her husband, Mark Feliz Sr. and their children: Ashleigh, Samantha, and Mark Jr. She is also survived by her six grandchildren: Molly, Luke, Scarlett, Ben, Evelyn, and Aurora. She was predeceased by her first daughter Stephanie in 1989.

Debra was a determined person in everything she did. Back East, she attended Syracuse University. She then traveled across the United States on a greyhound bus in order to relocate to Arizona and stayed with her good friend Joyce. Debbie attended college in Phoenix, until she was accepted by University of Arizona. During her schooling at U of A, is where she met her husband Mark Feliz Sr. She would tell her children that she was looking for a book in the library and bumped into him, where she exclaimed “Oh, I didn’t see you there,” in which he replied back “neither did I.”

After over a year of close friendship Debra and Mark Sr. fell in love and were married in 1985. They lived in Mark’s one-bedroom apartment. In 1986 they welcomed their first child, Stephanie and moved to a two-bedroom apartment for a short time before moving to a trailer of a friend of theirs who moved to Florida for a job. Due to the fact that Debbie was always thinking of others she made arrangements for her friend Joyce to move from Alaska and a bad situation to live with Mark and her. Although they were told they only had to pay for the park fees, they ended up moving back to their 2-bedroom apartment. Joyce moved to Tucson with them to the same complex and helped babysit Stephanie while Mark and Debbie attended college. Mark cleaned Joyce’s apartment as payment.

Soon after graduation Debbie obtained her bachelor’s degree in Rehabilitation and enrolled into the graduate program for the visually impaired along with her husband. Debbie dedicated her time to taking care of her daughter Stephanie while balancing graduate school, being a wife, and managing her home life. Debbie would tell us during this time you could find her sleeping on the hard, cold floors of the hospital room while Stephanie was receiving treatments for retinoblastoma.

Just after coming home from the hospital with Stephanie and newborn, Ashleigh, Mark went to Mesa for job interviews. Mark called Debbie to let her know he was hired with Mesa Public Schools so she packed up the kids and apartment while Mark stayed in Mesa with his Aunt. Debbie drove the old Buick station wagon loaded with two kids and belongings and her brother-in-law drove the U-Haul from Tucson to Mesa.

Debbie, in her true fashion of doing what had to be done to get things moving, got busy shopping for a house to rent, which she found in no time. That is how Debbie came to be in Mesa from 1988 to 2020.

Debbie continued to take on any challenge’s life threw at her. This included their oldest daughter passing in March of 1989, the birth of their third child, Samantha, and the birth of their fourth child, Mark Anthony Jr. This also includes working evenings as a school custodian in order to stay for the kids, being a fulltime driver/reader for her husband’s job position, and working nights and double shifts at a group home; all of this to make ends-meet. She finally took the State testing for Special Education, visually impaired certification and was hired as a teacher of the blind student. It is at this role she has had the greatest influence on people. If you ask any one of her past or present students, they will all say that she influenced them in a positive way. Her long work hours only emphasize how dedicated she was to her class kids.

Throughout all of this she never stopped thinking of others. She made sure her kids had the best birthdays and made sure everybody, kids and adults, had a Christmas present. She made sure that gift was actually meaningful to each person.

Debbie was an exceptional crafty person. Her hobbies include but are not limited to: sewing, knitting, crochet, needlepoint, scrapbooking, and baking the best brownies ever. Her most recent project was candle making with her husband, Mark. Her children grew up with homemade Halloween costumes, relatives would receive knitted blankets, and she was always ready to sew up her grandchildren’s favorite stuffed animal. “Oh, I should really work on my project” was a frequent phrase she would say. Her projects were always made with someone in mind; that shows just how thoughtful, loving, and genuine she really was.

She was an extraordinary, selfless person, a devoted wife, a loving Nana, a caring friend, and a remarkable teacher.