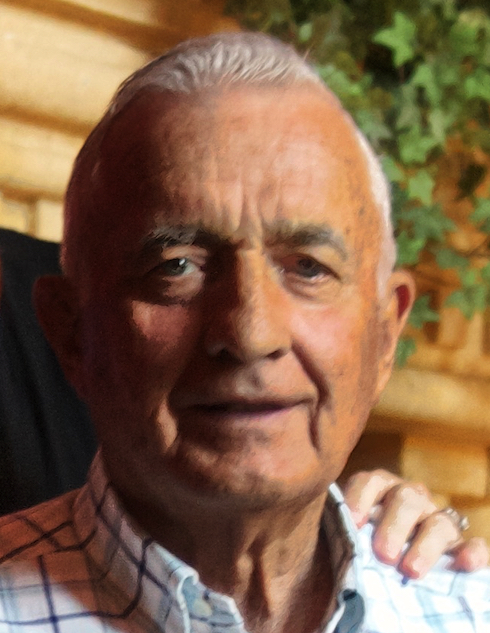 Joseph Marlow Day, of St. Johns, AZ, and Legacy Assisted Living in Mesa AZ, passed away on Friday, May 8, 2015 in Mesa. Marlow, as he was known, was the 3rd child of Francis Day Sr. and Laura Farr Day and was born June 11, 1930, in St. Johns, AZ. He grew up in St Johns and for the rest of his life, loved the wind-swept hills and the people he served there. Always a leader, at Arizona State College (now NAU) in Flagstaff, Marlow served as student body president and more importantly, met his eternal sweetheart, Bertha Lee Lewis. The couple married the day following their graduation from the college. Marlow later completed his Masters Degree in Education Administration at ASU while working as a teacher in the Roosevelt School District in Phoenix. After a few years, Marlow and Bertha moved back to St Johns with their young family to assist his father for a year. At the end of the year, the couple chose to remain in St. Johns to raise their family. Marlow became a partner in the Francis Day & Sons Sand, Gravel & Redi-Mix Business, where he worked for the rest of his career until he retired in 2004. Marlow truly loved living and working and serving in the community. As a member of The Church of Jesus Christ of Latter-day Saints, he was a counselor in the Bishopric. He also served as Bishop of the St Johns 1st Ward, was a stake high councilor and then a counselor in the Stake Presidency. He served as President of the St Johns Stake for many years. He also served on the St Johns school board and was active in the Rotary Club. Marlow was known for always doing his best to fill the needs of others. Marlow’s wife Bertha preceded him in death by 26 days and 12 hours.  He is survived by their eight children; Linda Owens (Collins) of Gilbert, Laurie Platt (Randy) of Chandler, Karen Crosby (Elliot) of Mesa, Daryl Stegall (John) of Montecito CA, David Day (Shanna) of Mesa, Damon Day (Diane) of Meridian ID, Christopher Day (Janna) of Mesa, and Channen Day (Sarah) of Central AZ, 42 grandchildren and 58 great-grandchildren. Funeral Services will be held Wednesday, May 13, 2015 at 11am in St. Johns, at the downtown chapel of the Church of Jesus Christ of Latter-day Saints. There will be a viewing at 9am. Burial will be in the Westside Cemetery in St. Johns.