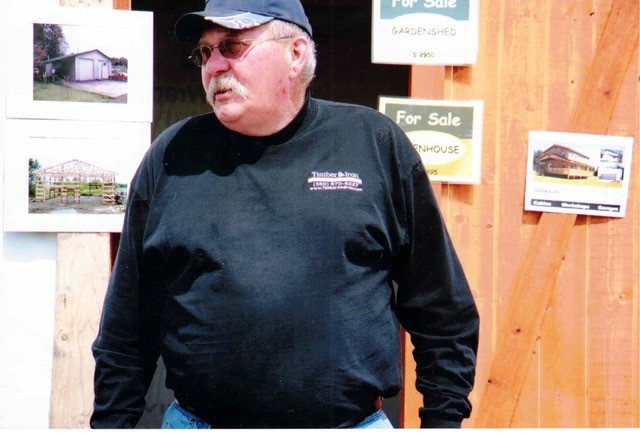 David was a skilled builder and contractor during his working life. He owned several businesses mainly in the construction field but was also involved in landscape design, oil refinery structures and even a swing set manufacturing company.

The majority of his career was in building post-frame constructed garages, horse barns, roping arenas, homes and cabins. For many of the years he and his brothers either worked with each other or for each other. He and his crews built thousands of buildings over the years with projects completed in every state west of the Mississippi River mostly in Washington, Nevada and Utah. For decades yet to come and as part of his legacy, his buildings will continue to serve his customers and future owners for the various purposes they were designed for.

He would often cite stories of projects he worked on in the past and still remember what many of the customers did for a living along with small details that he somehow recalled. Most of the time he would come away from a completed project with a new customer or friend that would stay in contact with him for years.

In the lead up to the 2002 Winter Olympics in Salt Lake City, Utah David worked as a Superintendent for a couple large construction companies that were in charge of constructing the venues for the winter games. He worked on Rice-Eccles Stadium at the University of Utah where the opening and closing ceremonies were held, the Olympic Speed Skating Oval and the Mountain America Expo Center in Sandy, Utah. David also worked on the LDS Convention Center in Salt Lake City that was completed in April 2000.

David married Lora Donley on March 17th, 1995 in Salt Lake City, Utah. Among David’s best attributes were his patience, understanding and sense of humor. He was naturally gifted at communicating with anyone. He loved animals and had many cherished pets over the years that obviously returned the love as he was the favorite person of the family to them. He enjoyed many interests in life ranging from cars, boating, fishing, camping, concerts, food and anything sweet that he could find. David was an avid fan of his beloved Seattle Seahawks. He and his family attended many games over the years and celebrated the 2013 Super Bowl win in downtown Seattle.

A celebration of life will be scheduled at a later time.