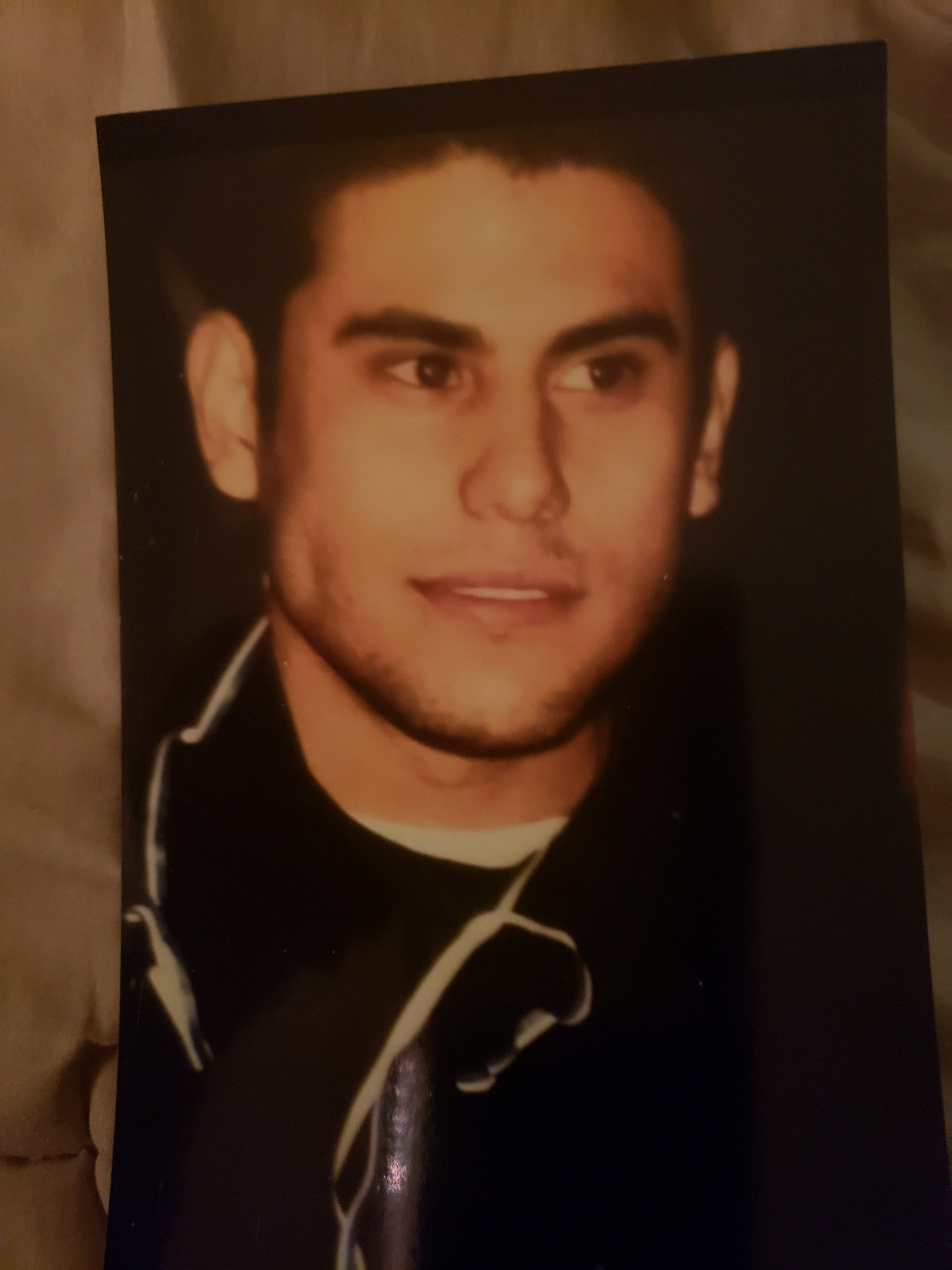 David Jaimes Danelowitz, 45, passed away March 1, 2020 with his extended family by his side in Mesa, Arizona.
David was born July 29, 1974 in Mesa, Arizona to Mark X. Danelowitz and Marie Annette Jaimes.
The name David, which means beloved, was given to him by his mother and he was indeed loved by so many. David grew up in Gilbert, Arizona and attended Pima Community College in Tucson. He had a deep interest for history and WWII. He had many talents as a multidimensional artist and musician. He could play the guitar, piano and saxophone. David’s favorite job was at the Improv Comedy Shop where he could work alongside his Best Friend Dimitri Uhlik. It was a perfect fit for him since he had a great sense of humor himself and loved Comedy. He was also able to explore some of his artistic abilities and his love for music as an apprentice to his cousin Zarco Guerrero, who is a renowned cultural mask maker.

David was in good health until he was diagnosed with Multiple Sclerosis in 2002 at the age of 28. He then lived many good years with his Nana Mary before the disease advanced and he then moved into a care home in 2018. He lived with the uncertainty of a progressive disease, which left it difficult for him to maintain relationships with family and friends. He succumbed to the complicated illness after an 18 year battle. It is also noted that he passed on St. David’s Day, who was the patron saint of Wales.

David is preceded in death by his Father Mark X Danelowitz (Olga Danelowitz) and his Grandparents Rudolph Jaimes and Maria Teresa (Guerrero) Jaimes
David is survived by family members on both the Jaimes, Guerrero and Danelowitz side of his parentage. His mother, Marie Annette Jaimes, brother Mark S. Danelowitz (Stacey Danelowitz) sister Andrea Danelowitz, four nephews, Brandon, Damien, Dominick and Mark, and his niece Mila.
Dimitri Uhlik, his Best Friend of 30 years and his Earth Angel, Shelley Dayhoff who were also
beside David, along with many other family members during his final days, that the care facility referred to as “David’s Tribe”

They often say the good die young and in David’s case, this is so true. He left this Earth all too soon. He was talented and gifted in music and art. He was a beautiful and wonderful man with a captivating spirit. He was so very special in his interrupted life. Treasured and missed by all who were fortunate to really know him. As one of his nurses put it, “David is so easy to love.”