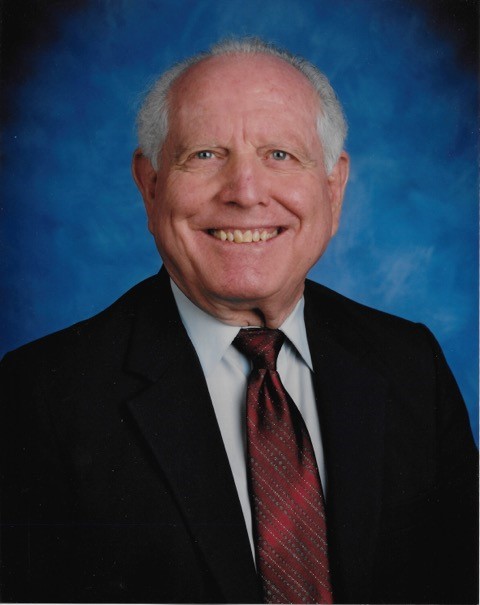 David J. Hatch passed away at home with family the morning of Monday, February 12, 2018 ending a several year battle with metastatic pancreatic cancer. Dave was born November 6th, 1932 in Prescott, AZ to Charles J. Hatch and Irene Rogers Hatch, the fourth child of seven born to the couple. He and his siblings were reared in a life of work and adventure in Chino Valley. They lived on a family farm growing produce, alfalfa, corn, and livestock. Though born in the depths of the Great Depression he says they were sustained comfortably because of the farm production. As was customary at the time, he had many jobs while in his youth including herding and milking dairy cows, laboring in fields, driving tractors, bailing hay at local farms, and delivering milk.

While in high school Dave was an avid musician. He played the trumpet in orchestra and band while singing in chorus all four years. During his junior and senior years, he made the football and track team becoming first string offensive player and a leader in the quarter mile foot race. He graduated from Prescott High School in 1950 while serving in student body leadership and participating in national political programs.

Shortly after high school Dave then moved to Mesa to work at a family member’s tractor repair garage. It was during this time working in Mesa that Dave says he “met and fell in love with [his] sweetheart– a pretty, fun, redhead girl named Delcena (Delcie) Robson.” He often relived the courtship dances telling of how they “would whirl and twirl to the fast songs and snuggle to the slow ones.” The Korean War was active during that time and Dave, shortly after his engagement to Delcie, was notified of his draft into the United States Army. The couple then fast-tracked their wedding plans and were married in the Mesa, AZ LDS Temple on March 6th, 1953. He reported to the Infantry at Fort Ord, California on March 13th.

During his time at Fort Ord the Korean Armistice was signed and he was transferred to Germany, rather than Korea. He served in the Battalion Service Company Personnel department as a Clerk Typist. This was a skill few service men possessed, but he had learned while in high school. Delcena was able to join him in Germany. While there they enjoyed touring all through Europe, skiing the French Alps, and simply being together. His service in the U.S. Army ended in March of 1955. Dave earned the Army of Occupation Medal and the National Defense Service Medal in honor of his service.

Upon their return Dave and Delcie moved to Tucson, AZ. He enrolled in the University of Arizona College of Engineering where he graduated with a Bachelor of Mechanical Engineering in June of 1959. Soon after graduation he was hired by Arizona Public Service where he worked as a Production Analyst, Results Engineer, Process Developer, Supply Manager, and ultimately Project Engineer of production units #2-4 at the still functional Cholla power plant in Joseph City, AZ. This long and steady career with APS would allow them to live in Mesa, Yuma, and Phoenix, AZ, as well as Farmington, NM. Dave and Delcie had a child in each of the five locations where they lived (including Tucson) to which Dave exclaimed, “We won’t move anymore!” After 30 years of dedication Dave retired from APS. He ultimately “wasn’t quite ready to quit work,” and subsequently continued to work in many industries doing many jobs. Dave’s last day of work before really retiring was February 10th 2018, just two days before his passing.

In his lifetime he enjoyed activity in, and was a faithful member of, the Church of Jesus Christ of Latter-day Saints. As LDS missions were halted during the Korean War, Dave faithfully served as a Stake Missionary proselytizing during the evenings after work. He has cheerfully dedicated time to serve as a member of the Bishopric, various teaching responsibilities, and many stake High Council callings. He freely bore testimony of the mission of his Savior Jesus Christ, and His gospel. Second only to the love of his Savior, was the love Dave had for his family. His love was shown in all he did as he presided, provided, and protected them throughout his life. His love will be felt and remembered forever.

Dave has been known for his gentle demeanor, forgiving nature, tolerance, and cheery disposition. He was loved dearly by his family and many friends. He was an example of hard work, industrious living, Christ-like love, and kindness.