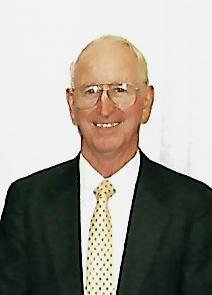 David B. Moore passed away on August 12, 2019. He was 85 years old and has lived a full and happy life. He died quietly and just slipped away to be with his son, his parents and family who went before him.

David was born to Earl and Rachel Mathews Moore on September 7, 1933 in Mansfield, Ohio. He had 5 older siblings: Helen Sponseller (Glen), Robert (Evelyn Baker), Grace Shoup (Dale), Phyllis Mowry (Clyde), and Nancy Bamberger (Robert) all who preceded him in death.

David loved his family, scouting, flying his airplane, and helping in any way he could. He served in the Navy from 1956 to 1958. David earned his degree in electrical engineering from Radio Electronic Television Schools in Detroit, Michigan in November 1955. He worked as an electronics installer most of his life. On March 28th, 1959 he was baptized into the Church of Jesus Christ of Latter-day Saints. David served in many callings in the church including missionary and bishop. The calling he loved the most was scout master. He always had a project to keep him busy. He had a talent for including his family and making each of us feel that our part of the project was important and critical to its success.  He will be greatly missed by those he loved and served.

The viewing will be held at Bunker’s Garden Chapel, 33 N Centennial Way, Mesa AZ on Wednesday, August 21st from 6 to 8 pm. There will also be a viewing before the funeral from 9 to 10 am at the chapel. His funeral will be held Thursday, August 22, 2019 at 10:00 am in the Church of Jesus Christ of Latter-day Saints chapel located at 422 E University Mesa, AZ 85203. Graveside services will follow at the Mesa Cemetery.