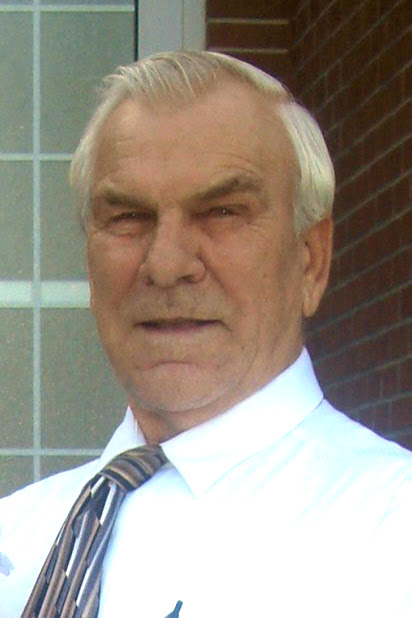 Darrel L. Cheney was born on March 21, 1940 in Snowflake, Arizona. He was the youngest of three children. He was a true Arizona native.

Darrel spent his early years near Flagstaff, Glendale, and Pinedale. He spent most of his childhood on a ranch in Lehi, raising chickens and pigs, milking cows, and farming a few small crops. He also enjoyed riding horses and exploring for gold mines in the Superstition mountains.

Darrel graduated from Mesa High in 1958. He then served a two-year mission in 1960 for The Church of Jesus Christ of Latter-day Saints in the Eastern-Atlantic States mission. After returning from is mission, Darrel married Teresa Almeida in the Mesa Temple in 1963. They started a family while working and going to school.

Darrel earned a bachelor’s degree in Industrial Technology from Arizona State University in 1965. He also earned a degree in secondary Industrial Education in 1969 and an MA degree in 1971. While he was finishing his education, he worked for Dickson Electronics in Mesa and transferred to their subsidiary in Agua Prieta, Mexico, just south of Douglas, Arizona. After being laid off, Darrel obtained adequate employment with helping to build the Douglas LDS Church. He then worked for Phelps Dodge smelter as an electrician from 1973 to 1987. After Phelps Dodge, he worked for the Lime plant in Douglas. When he moved back to Mesa in 1996, he was employed by Foster Electric as a traveling residential and commercial electrician. Before he retired, he worked as a machinist.

Darrel was a strong, silent man with a big heart who loved his family. He had a strong faith in the gospel and he enjoyed his many church callings. His callings included Sunday school teacher, stake missionary, High priest group leader, and scoutmaster. He also took great pride with the work he did and the help he provided on the Mesa Temple Christmas light display.

Darrel loved helping his family and others in need. He had a big heart for animals, especially cats. He was a jack of all trades, fixing anything from cars and roofs, plumbing and electrical, to guns. He enjoyed all of the old westerns and all of the old Turner Classic Movies. He also enjoyed puzzles. He loved hanging out with his wife and his kids and grandkids, going out to eat or going to a movie or for an outing. He loved his motorcycle and liked to take us kids for rides out in the country.

Darrel is preceded in death by his father, Giles Cheney; mother, Laura Wolk; and sister, Bonna Owens. He is survived by his wife and eternal companion, Teresa; sons, Eric and Darren; daughters, Monica, Sonya, and Stephanie; two son’s-in-law, Bob Blake and Michael McHood; brother, Doyle Cheney; eight grandchildren; many nieces and nephews; and lots of extended family who loved him and will miss him terribly!