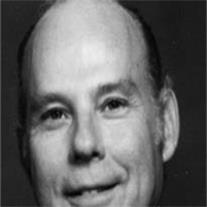 Danny Jon Taylor, born to Jim and Ordeal Taylor on March 19th 1939, passed away May 2, 2009 surrounded by his family at his home in Mesa, AZ. Danny joined the military and was stationed in Texas when he met and married his sweetheart Patricia Lou Richey on December 11th 1959. They were later sealed in the Hawaii LDS Temple. Upon his retirement from the Air Force Danny worked for Taylor Bros., then he went to work for Allstate Insurance until his retirement. Danny held various callings in the LDS Church, and has enjoyed working at the Mesa Temple. Danny and Pat have 5 children. He was preceded in death by his 2 sons Danny and David. Danny is survived by his wife Patricia and his daughters Sandy (Kelly) Casey of St George, UT, Lynda (Sean) Stack of Surprise AZ and Kari (Jeff) Nelson of Queen Creek, AZ, along with 16 grandchildren and 2 great-grandchildren. Services will be held at Ellsworth Ward building, 10305 E Southern Ave in Mesa (Southern just east of Crismon) on Friday May 8th, with the viewing starting at 9:30 am and services at 11 am. Dan will be buried in the City of Mesa Cemetery. Arrangements by Bunker’s Garden Chapel.