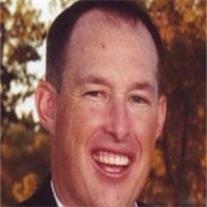 He was born February 26th, 1963 to Robert Roy Foote and Sylvia Joyce Mott Foote in

Alamosa, Colorado. He was employed as a computer systems architect for Ciber

Corporation and had previously been employed by IBM for a number of years. Dan

and business finance from Brigham Young University, graduating with high honors in

1986. He was an avid supporter of BYU athletics and was a Legacy member of Cougar

Club. He spearheaded the effort to endow BYU’s student athletic department with