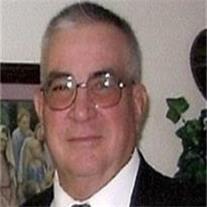 He became a Locksmith when he was 11 yrs old when his Dad bought a Key Shop in Mesa in 1958. Later becoming Harmon’s Safe Lock & Key. He served a LDS Mission from 1966 to 1968 in Western States Mission, encompassing parts of Montana, Wyoming, Idaho and South Dakota. He also served in the Army for two years from 1968 to 1970 in the Green Beret.

Dan and Toni were married in the Mesa AZ LDS Temple February 6, 1971.

He was currently working for JMAC Heating & Cooling owned by his Brother-in-Law John McDowell for many years. He installed Air Conditioning Units.

Besides his LDS Church Mission he worked many years in different Scouting Positions, Primary Teacher, Young Men’s Presidency, Sunday School Teacher, Sunday School President twice, he currently was just released from serving in the Bishopric for two different Bishops, two weeks ago he was sustained as a High Counselor.

He loved to read, camp, and hunt and spend time with family and Grandchildren. He will be missed by family and friends.