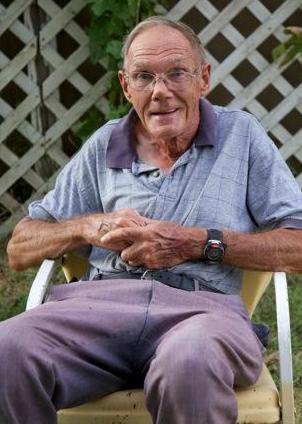 Dale was born to Harold and Hope, the older brother of Colby, in Presque Isle, Maine in 1936. His parents were farm folk, pure and simple, with his mother even teaching in a one room school house.

In 1958, the Griffins, including Dale’s Aunt Edna and Uncle Van and their children, decided Maine was a bit too cold for their tastes, and they migrated west, landing in the up-and-coming rural Mesa. It was so rural, in fact, that the 1960 Census records list the population of Mesa at 33, 772, in comparison to 2017’s population of 439,041.

At the time of Dale’s death, he was also grandfather to seven grandchildren: Brandon, Christopher, Logan, Logan, Kailey, Alexis, Zoe and Genevieve, and one soon to be great-grandchild. Before he retired, Dale was the head janitor at Arizona State University’s main campus in Tempe, a position that allowed him to bring home many stories and gifts his family will cherish always. He was also a regular member of Church of the Redeemer in Mesa.