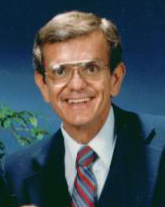 Dale was born April 8, 1940 to Lyle Hilton and Sally Electa Palmer Hilton in Albuquerque, New Mexico. His childhood and teenage years were spent in Albuquerque where he graduated from Highland High School in 1958. After serving a 2½-year mission for The Church of Jesus Christ of Latter-day Saints in Mexico, Dale earned a Baccalaureate degree in Sociology from BYU, Baccalaureate degrees in Business Administration and Education from ASU, and a master’s degree in Spanish from ASU. He served in the U.S. Marine Corps Reserves. Throughout his life he accepted and fulfilled many callings in the LDS Church, including as a stake high councilor. Dale was preceded in death by his parents, Lyle and Electa Hilton and his sister, Donna Jeanne Hilton Gardner. Siblings Lyle Kent Hilton, Gail Hilton Wood, and Steven Lyle Hilton survive him.