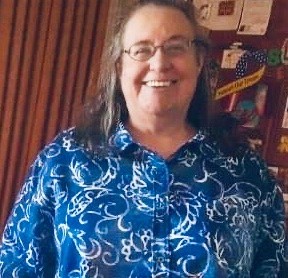 Cynthia Louise Wilhelm Sturgiss was born on August 18th, 1959. She died from complications incident to Cystic Fibrosis. She wanted to be the oldest person living with the disease and was very close to reaching that goal. She stayed at home for many years to avoid getting sick and could sympathize when the whole world had to do the same thing due to covid.

She loved her many friends and family and her Savior, Jesus Christ. She believed in prayer. She died at the hospital surrounded by nurses and doctors on this side of the veil and a huge family meeting her on the other side. She had a firm testimony of The Church of Jesus Christ of latter day saints.

She was presided in death by her parents, George Alma (Bud) Wilhelm and Carol Rita Peters Wilhelm, her brother Daniel Mark Wilhelm, and her sister-in-law Cindy Ann Lehr Wilhelm. She is survived by her siblings; Gary (Julie) Wilhelm, Crystal (Steve Toles) Wilhelm, George Aaron Wilhelm, and Heather Hurst. Cindy is also survived by her nieces and nephews; Jessica, Sarah (Zac), Jacob, Alec, Olivia, Dillon, Tyler (Halle) and Kestin and her great nephew Linkin. Due to covid services will not be held. A life sketch will be posted on her facebook sight.